A Most Uncommon Love 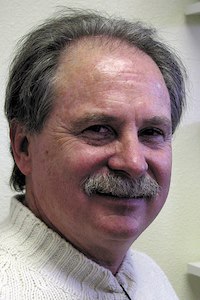 The Apostle Paul declares the depth of God’s unbelievable love, and it’s probably the clearest definition we can find of “agape,” the Greek word best defined as God’s unconditional love.

“For when we were still without strength, in due time Christ died for the ungodly. For scarcely for a righteous man will one die; yet perhaps for a good man someone would even dare to die” (Romans 5:6-7)

The illustration talks about how some people will attempt to save people who find themselves caught in some tragedy. Today’s these would mainly consist of those who are first responders who run into a building to save the inhabitants whom they neither know nor have never met. It also describes those who put themselves in harm’s way for those they love.

But this is never a person’s first choice.

He died for the ungodly, that is, those who are the worst of the worst. He died for those who live a lifestyle directly in opposition to God and to His word, who profane God’s name and who ask God to leave them alone.

Basically, He died for all of us!

Again, He died for all of us!

Jesus showed then the most uncommon form of love for everyone. It was a love that transcends human understanding because it has nothing to do with human love. It is a love that can only come from God.

“But God demonstrates His own love toward us, in that while we were still sinners, Christ died for us.” (Romans 5:8).

And so, Jesus’s love for us is a most uncommon love.

Sunday Morning Service is at 10 a.m. The message will be part two of the message, “Our Place of Refuge.” Sunday Evening at 6 p.m. we are going through the book of Mark.

Our services can be watched live or at a time best suited for your needs on our YouTube Channel “Mesquite NV Living Waters Fellowship.”