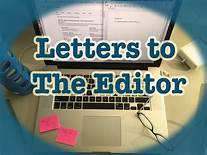 I was really surprised to recently find out from Miss Congeniality that Jan 6th was on a par with Pearl Harbor and 9/11. My surprise was not for the reasons you might imagine, but because the Korean war, Vietnam war, and the onset of prohibition were not on the list as well. Maybe it’s because those three occurrences didn’t have a date associated with them as did December 7th and 9/11, so their inclusion didn’t have the same cachet. In any event it all goes back to the big lie, although I can think of two big lies that have recently occurred. The first was the whole Russian Collusion lie that lasted for close to 3 years, and the second was the stolen election lie that was of a shorter duration. Large segments of the population subscribed to each lie with the exception of the political class who knew all along that both narratives were false. I don’t ascribe fault to the masses for believing the worst of people that don’t share a similar political view, but I do believe that people who believed the second big lie were quicker to acknowledge their mistake. In fact, I don’t recall anybody on the left denouncing the first big lie, but then they’re not required to. Politics only demands that you subvert reason to non-reasonable information. I have said before that all politics is 100% opinion therefore no one is right or wrong, only opinionated.
You don’t have to like Donald Trump to like his policies and you don’t have to hate Joe Biden to dislike his policies. It’s possible to like or dislike any combination of those scenarios, but we seem to get caught up in absolutes with no variations permitted.
This leads me to believe that Homo Sapiens and their less evolved sub species, commonly referred to as “progressives”, are conflict oriented. We just can’t seem to agree on anything. Two siblings, close in age, and raised by people that practiced consistent parenting techniques, often grow up to disagree on just about everything. If a dissimilarity can exist in that situation, what chance do the rest of us have to agree on anything.
The biggest takeaway for me as a result of Jan 6th is how different those that engaged in that situation are being treated as compared to similar situations that were promulgated by the left. In the last two years there have been Federal Buildings under siege in the Northwest and all kinds of misbehavior by BLM, Antifa and their merry band of pranksters, yet perpetrators from both sides seem to be treated differently. I’m all for the prosecution of the Jan 6th miscreants, and I agree with the left that we need equity and equality in prosecution and sentencing, but it seems to me that the left doesn’t practice what they screech. If nothing else, I guess as a result we have a new fashion trend evolving as Mike Lindell is reportedly coming out with a new line of Buffalo head hats.
Jimmy Wike

One thought on “Letter to the Editor-Wike”