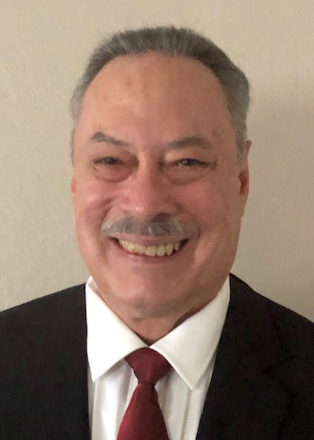 He was born April 22, 1958 in Los Angeles, California to Dale Newman and Diane (Gutierrez) Mora. He married his soulmate Kimberly Newman in Mesquite, Nevada June 1, 2018.

Ed was a great student.  His love of music started at a very young age and he eventually became a band percussionist with eclectic music choices, anything from big band to rock. He graduated from Savanah High School and went on to Cal State Fullerton as a Political Science Major.  He joined the fraternity of Lambda Chi Alpha. His business mind started at JC Penny and soon on to a successful business entrepreneur. He moved to Mesquite, Nevada in 2005 where he eventually became Executive Casino Host for Mesquite Gaming. His love for people made him very beloved in Mesquite. His faith was strong in the Lord and he also served the Mighty Men of Valor with honor and grace through Living Waters Fellowship. He found peace in fishing, especially at Lake Powell, his favorite place to unwind.

A Celebration of Life will be held Saturday, January 15, 2022 at 3:00 p.m. at the Living Waters
Fellowship Church located at 211 W. 1st South Street (behind Ace Hardware).  Services will also be viewable live stream via mesquitenvlivingwatersfellowship on youtube.

The family invites you to leave a message or memory in their Guestbook at virginvalleymortuary.com.

To send flowers to the family or plant a tree in memory of Edward Dale Newman, please visit our floral store.