CRAZY Laws and why they made the books 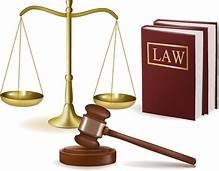 There are so many crazy laws on the books these days. Have you ever wondered the origin of these laws? Here are two that cross over state lines, sort of.

Hunting camels is prohibited in the State of Arizona-

In Nevada camels cannot be driven on the highway

The US Army once experimented with camels in the Arizona desert, and eventually gave up. The remaining camels were set free, and are now protected.

WHY THE LAWS? I hit up Google’s “Way Back Machine” to find out.

We know there was a Civil War skirmish in Arizona 150 years ago, but there was also a camel troop in the state around the same time. For about 10 years, the Turf Paradise in Phoenix has hosted Camel races. It is a pastime in Arizona, but Did You Know camels have been part of Arizona’s history since the 1800s?

In 1857, Congress granted U.S. Secretary of War Jefferson Davis $30,000 to purchase nearly three dozen camels. The camels were used to explore the 35th parallel known today as Interstate 40.The camels were brought to the Arizona territory from Egypt and Turkey. Once here, they were used to create the U.S. Army Camel Corps.

Mick Woodcock is with the Sharlot Hall Museum in Prescott. He said the exploration stretched between Texas and California.

“We didn’t have any transcontinental railroads in, and the engines might not necessarily make the trip, so they’re looking for something other than ox or horse power or mule power to make the trip across Arizona and New Mexico,” said Woodcock.

Camels became so reliable in Arizona, the army imported more and increased its camel fleet to nearly 100. When the American civil war started, the military’s priorities changed. The army took the camels to California, and sold them to companies, zoos and farmers.

Among the buyers was Jordanian camel driver Hadji Ali or as the American soldiers referred to as ‘Hi Jolly.’ He was a handler brought over to the U.S. to care for the camels and then decided to settle in Quartzsite.

“In 1864, the army sells its camels at auction, and he purchases a few of them, brings them back to Arizona, uses them I guess, in freighting, and finally lets them go,” Woodcock added.

Historians believe some of the camels were left to roam the desert and were eventually shot by hunters. Today, in the Quartzite town cemetery, a monument with a plaque commemorates Hadji Ali and his camels, one small piece of evidence that camels once existed in Arizona.