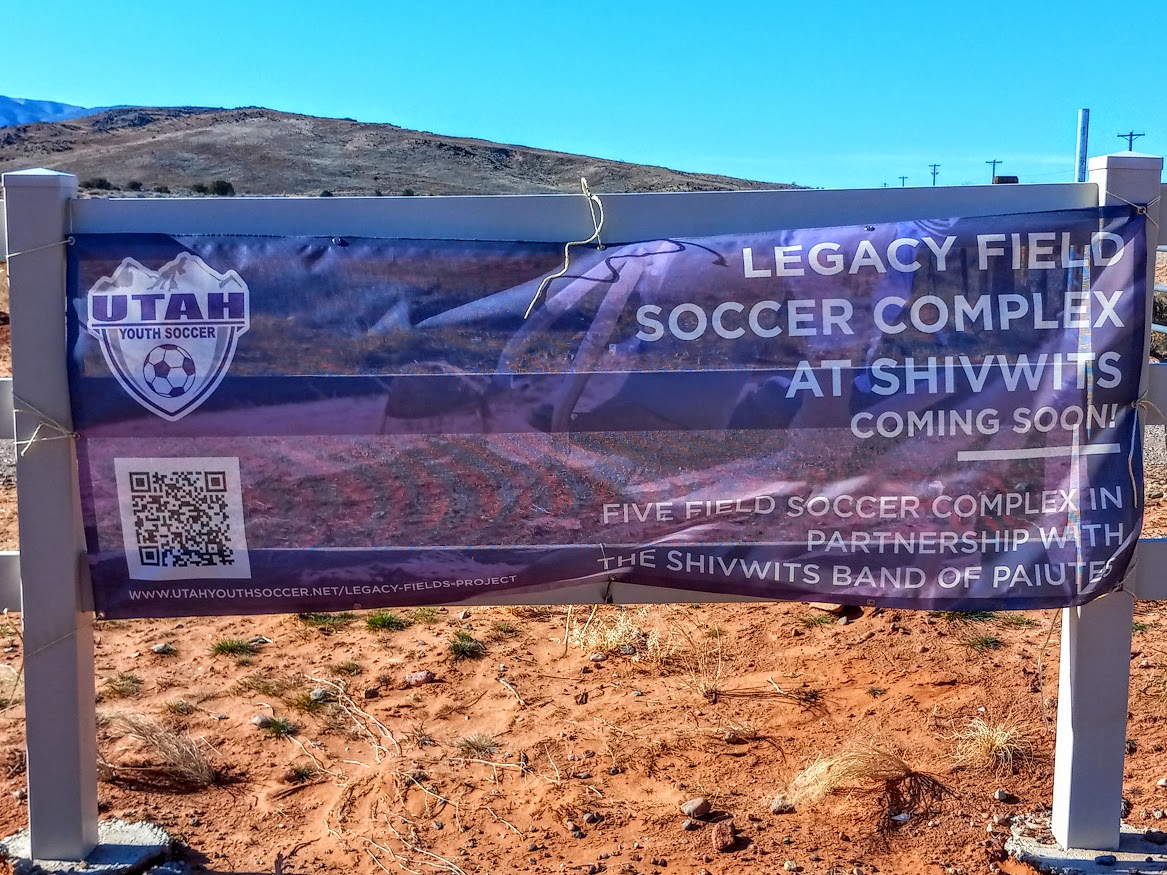 Legacy Fields at Shivwits is tamping the dirt and laying the foundations for 5 soccer fields on a 19-acre plot of land located at 5861 Old Highway 91 in Ivins. The land sits next to and behind the Shivwits Store.

Beaver Dam residents can expect the traffic along Highway 91 to be rolling along toward the first Legacy Fields Project in Southern Utah later this year. According to some employees in the store just in front of the land, they expect to hold tournaments this fall. The project itself is expected to be completed in late summer.

According to the website, utahyouthsoccer.net, the information specifies four fields although a conceptual landscape photo shows five and the sign says five.

The new complex is a cooperative effort between Utah Youth Soccer and the Shivwits Band of Paiutes. This project will greatly benefit the community as well as the Shivwits Band of Paiutes by providing a much-needed venue for sporting events, draw more visitors to the area and increase awareness and understanding of the Southern Paiute culture. It will provide more job opportunities for tribe members and revenue overall for the tribe. They will be able to utilize the complex for their own gatherings as well.

According to Utah Youth Soccer Association, “The Shivwits Soccer Complex is the Legacy Field Project’s inaugural facility. The 19-acre complex will feature four full-size fields allowing for more than 1,800 matches annually for Utah teams in Washington and Iron counties and Nevada teams from Mesquite. The facility will also potentially host nine UYSA-sanctioned tournaments each year.

Photos showing the 19 acres of land being prepared for the groundbreaking in March. The land sits to the side and behind the Shivwits Store on Old Highway 91 in Ivins, UT. Photos by Teri Nehrenz