Skip to content
Is This You? Opinion Top Stories 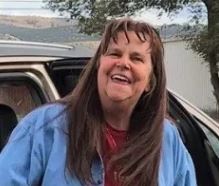 A long time ago. Oh my, that makes me sound like my grandpa. I guess I could say long ago and far away. Well that doesn’t make me sound any less old does it? Let me just go with, some time ago. Yes, well, some time ago there was a tiny grocery store where they offered customers open accounts. People in the small town where the grocery store was could go in and sign for groceries and then pay for all they “bought” at the end of the month when a bill was sent.  That was how it was for many years way back into the olden days. It worked well, until it didn’t.  I thought it would be kinda cool to have an account at a grocery store until I had it explained to me in this way.  If you charge your food, then you take that food and eat it. Yum. At the end of the month you still owe for that food, but you don’t have the food anymore.  That made sense so we were always pay as you go food buyers and eaters.

Then at some point the grocer started to have to pay for things he bought as he got them from his suppliers. Seems the supplier was getting charged sooner so he had to pass the “hurry up and pay me” program on to the grocer. Then a few of the grocer’s customers started to have trouble paying that dang grocery bill each month. So the money got all dammed up and in the end the store stopped the charge accounts. But! Yes a food filled “but.” There are still some outlets where you pay after you enjoy. Like your heating bill.

Whether electric, gas or oil we are lucky to have all those available to us to keep warm or cool. Yes, cool. If summer ever comes around again since it is February as this story is being written! Moving on. We get to keep warm and then pay for that pleasure the following month.  I do not see a better way to pay for my heat. I am just very pleased that when I turn on the little extra heater I have in my bathroom, the air is warmed to a happy temperature as to make my time spent in there agreeable. Just imagine how grandpa would have liked to have that heater available in the outhouse out back. In February. In Wisconsin. He may not have come back into the house until spring.  But I do go on don’t I?

I recently read where a few people said they were surprised by the increase in a power bill or some other type of heating bill. Not just a few dollars but a hundred or more bucks in one month. I wanted to point out that it’s winter and that little plastic do-dah on all our walls is what dictates the amount of money we will spend in a month. I love my plastic do-dah on the wall that keeps me toasty roast-y during the winter. However I do need to use self control. Something that I, and I suspect the people who mentioned their heating bills skyrocketed, we not too big on thermostat self control. Something to work on for sure. Like buying food.

Not long ago I had a friend come to visit and I offered my specialty, a vanilla caramel latte. No thank you. I offered hot cocoa with marshmallows. No thanks. Tea, juice and other things. Finally she asked for just coffee. No problem. Regular sugar, pink or blue packets, milk or a flavored powdered mate to coffee? She asked for plain powdered stuff to add to her coffee. I said it was in the cupboard above my coffee station. She opened the cupboard and I was across the kitchen. It was at that moment that I realized I should not go to the grocery store for many, many moons. The poor cupboard was, and still is, stuffed to overflowing.  That in itself tells me it was a good lesson to learn to not have a charge account for groceries.  At least by the looks of my cupboard, I might have had some of the food left to eat when the bill came. I would bet that most of us have enough things in our pantry and cupboards that would choke a horse.

At least I will be warm while chomping down on it all because I am not turning my heat down until at least April.

Trina lives in Eureka, Nevada. Her funny book, “They Call Me Weener” is available on Amazon.com or email her at itybytrina@yahoo.com for a signed copy.