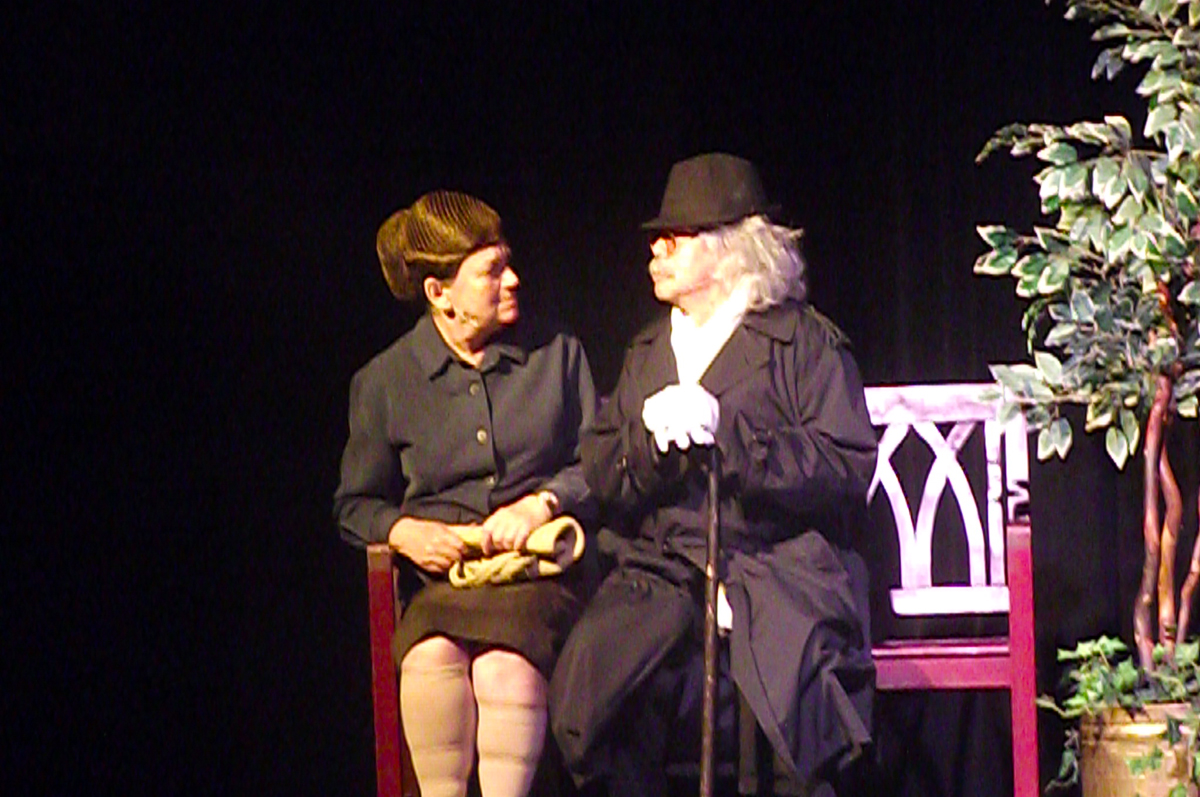 We’re now planning to present An Evening of Culture, a fun, crazy comedy that promises to be a great time for all. Performances are scheduled for May 13 through the 22nd (with showings on Friday and Saturdays at 7:00pm and Sundays at 2:00pm).  Further details regarding ticket sales will be forthcoming.

Auditions will be on Monday and Tuesday, March 28th and 29th.  Auditions begin at 6:00 pm at Mesquite Community Theatre, 150 North Yucca Street.  There is no need to prepare anything as you’ll be doing a cold reading from the script.

PLEASE NOTE:  Everyone auditioning for a role will be required to show proof of current and complete Covid 19 vaccinations.

We’re in Mineola County, Alabama, where the Community Theatre is producing Romeo and Juliet. Even though the cast members don’t have their lines memorized, the set isn’t finished, and a dog keeps barking offstage, they’re gonna give it a go! There’s just an awe-inspirin’ performance given by Mildred Carson (who doesn’t look 50) as Juliet. And there’s great chemistry between her and Bubba Bedford, who is cast as Romeo. And lest we forget Naomi Farkle Carson who provided the additional dialogue. This is a slapstick comedy with a lot of heart.

VIOLET FARKLE: (female) Naomi’s pretty, sweet sister-in-law who is everyone’s favorite and the only person in Mineola with any sense. She’s the director of this evening’s production.

MILDRED CARSON: (female) A middle-aged busy body who makes it her business to know everyone else’s business and who won’t hesitate to for a moment to tell you what you should do, when you should do it and who it’s to be done with. She has the female lead in this evening’s presentation, a role she takes very seriously.

DELBERT FINK: (male) Local pig farmer and Romeo and Juliet set builder, neither of which he does very well. He also plays the role of the Prince in the second act.

FAYE McFAYE: (female) Flirty, young checker at the local A&P who has the hots for Delbert, who fails to return the sentiment. She plays the role of the Nurse.

RUTHANN BARNS: (female) Wife of the Reverend Ezekiel Barns, local Moral Majority leader, and President of the Mineola Council for Cultural Recognition. She plays the role of a Servant and the Friar.

An Evening of Culture is directed by Robert Craig.  For more information please email rcraig562@gmail.com

Come on down and join in the fun.