There they go again 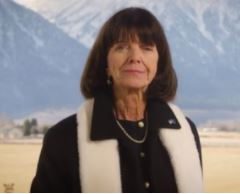 The last time Governor Sisolak followed Gavin Newsom’s mask science I wrote an op-ed in the Reno Gazette-Journal stating, “So, what happened to the supposed science used to unilaterally shut the state down without any input or checks and balances from other branches of government?

In fact, Nevada’s COVID-19 test positivity rate had consecutively increased every day for the previous 12 days leading up to his press conference. And the Johnson & Johnson vaccine had just been paused that same morning……Just like Gavin Newsom in California, the science changes when it’s politically convenient.”

And once again, now that national progressives have implored a polling memo showing disastrous election losses for Democrats, a Blue Wave of Democratic Governors has swept across the country repealing their own imposed mask charade that they don’t abide by themselves before this midterm’s historic election losses when Republicans take back both chambers in Washington and our state here at home.

I am running for State Senate District 17 to make Nevada the best place in America to live, work, and raise a family.

Together, we will take back our state and nation.

One thought on “There they go again”