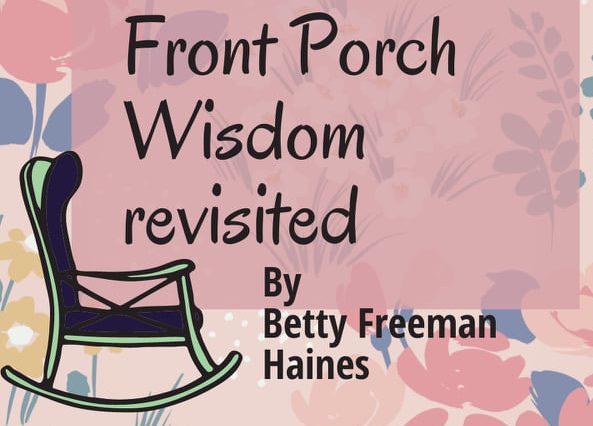 I learned on my Granny’s front porch, from the Southern Baptist ministers and Sunday school teachers who visited there, that some leaders are charismatic, others fail to inspire and some intimidate.  Since those long ago days, I’ve been exposed to a variety of leaders and I’ve concluded that a major reason for ineffective leadership is lack of humility.

Humility is commonly defined as having a low opinion of oneself, lacking in ego or meekness.  I disagree! Meekness and a weak ego have nothing whatsoever to do with humility.  A more accurate definition of humility is: a quality of being courteously respectful of others – an absence of arrogance, boastfulness, and vanity.

Ego is the opinion that you have about yourself.  It is the part of the mind that senses and adapts to the real world. A healthy ego has no insecurities about ones self worth or the worth of others.

Millions comment of Mother Teresa’s humility. Nonetheless, she had a huge ego and powerful self-image that allowed her to stand before the whole world convinced of her truth, her worth, and her importance. She could stand before anyone in the world secure in the knowledge of her ability to speak for those who needed her voice.

David Packard, co-founder of Hewlett-Packard.  He was a big man who stood 6 foot-5 inches tall and had an ego to match his height. He was self-confident and rarely second guessed himself.  Yet, he epitomized humility. He spent much of his time on the shop floor learning form the folks who worked for him.  He admonished those who boasted: “One shouldn’t gloat about things they have done well. It is wiser to spend time finding something productive to do.”

Patrick Daniel Enbridge, CEO of North American Energy and Pipeline Company, has a healthy ego and a strong self-image.  He consistently recognizes the contributions of others.  To quote Enbridge: “I have learned from the lives of great leaders that greatness comes from humility and being, at times, self-effacing.”

Humility is lack of arrogance, not a lack of aggressiveness in the pursuit of achievement. It is acceptance of individual limitations and a willingness to say, ‘I can’t do it alone’ and enlisting the help of others. Humility encourages a leader to:

“The mark of a great leader is how he/she treats those who can be of absolutely no use to her/him.”  – John C. Maxwell (in his book Leadership 101).

Betty Haines is a retired curriculum developer and author with two published novel/e-books to her credit.   Her first novel, Reluctant Hero, is a work of historical fiction in which she heralds her father’s journey from son of a KKK member to a champion of efforts to integrate a South Alabama paper mill.  In her second novel, Grieving Sucks or Does It, is non-fiction.  She shares lessons learned while struggling to adapt to sudden widowhood.  Order both in either print or e-book format from Amazon.com.