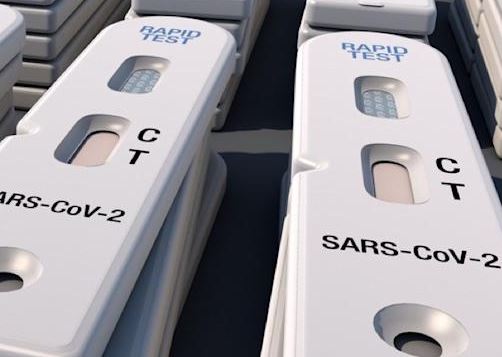 The Utah Department of Health has stopped the use of the Covid-19 Rapid Tests in many of the free testing sites in the state after determining they were faulty. The rapid tests manufactured by GenBody were unsuccessful at determining the covid delta variant in at least 62% of the tests conducted. The tests did only slightly better in determining the omicron variant.

Having begun Monday, Feb. 7, the sites now only offer the more thorough test which must be sent out to a lab that is usually in Salt Lake City. Results could take anywhere from 24-72 hours. The Utah Health Department will also include an at-home test from a different manufacturer to those needing a more instant result than the PCR test can provide.

They haven’t determined the issues with the GenBody tests and aren’t clear whether the inaccuracy is limited to GenBody or extends to other rapid test manufacturers. They have found that tests manufactured by a company called BinaxNow have shown better results. Because of the nationwide shortages, BinaxNow tests are limited.

The pause in rapid testing for the state run sites are expected to run a few weeks until the department can conduct further analysis of the issues.

During a Press Conference held Sunday afternoon, Michelle Hoffmann, Deputy Director of the Utah Department of Health said, “There were likely positive cases we missed, however, as has been the case in the past, the idea of a positive COVID test being false is not probable. What we were seeing were false negatives not false positives. If you got tested positive, you had COVID-19.”

The tests that created the data came from tests administered in December before the surge of Omicron which has become the source of 90% of covid cases. The Delta Variant still counts for about 10%.

According to the CDC rapid tests have a 21.7% chance of producing false negatives while the PCR tests have only a 2.8% chance. Rapid tests use a liquid solution that reacts with antibodies and turns them red whereas the PCR tests use DNA to determine the presence of the SARS-CoV2 virus.