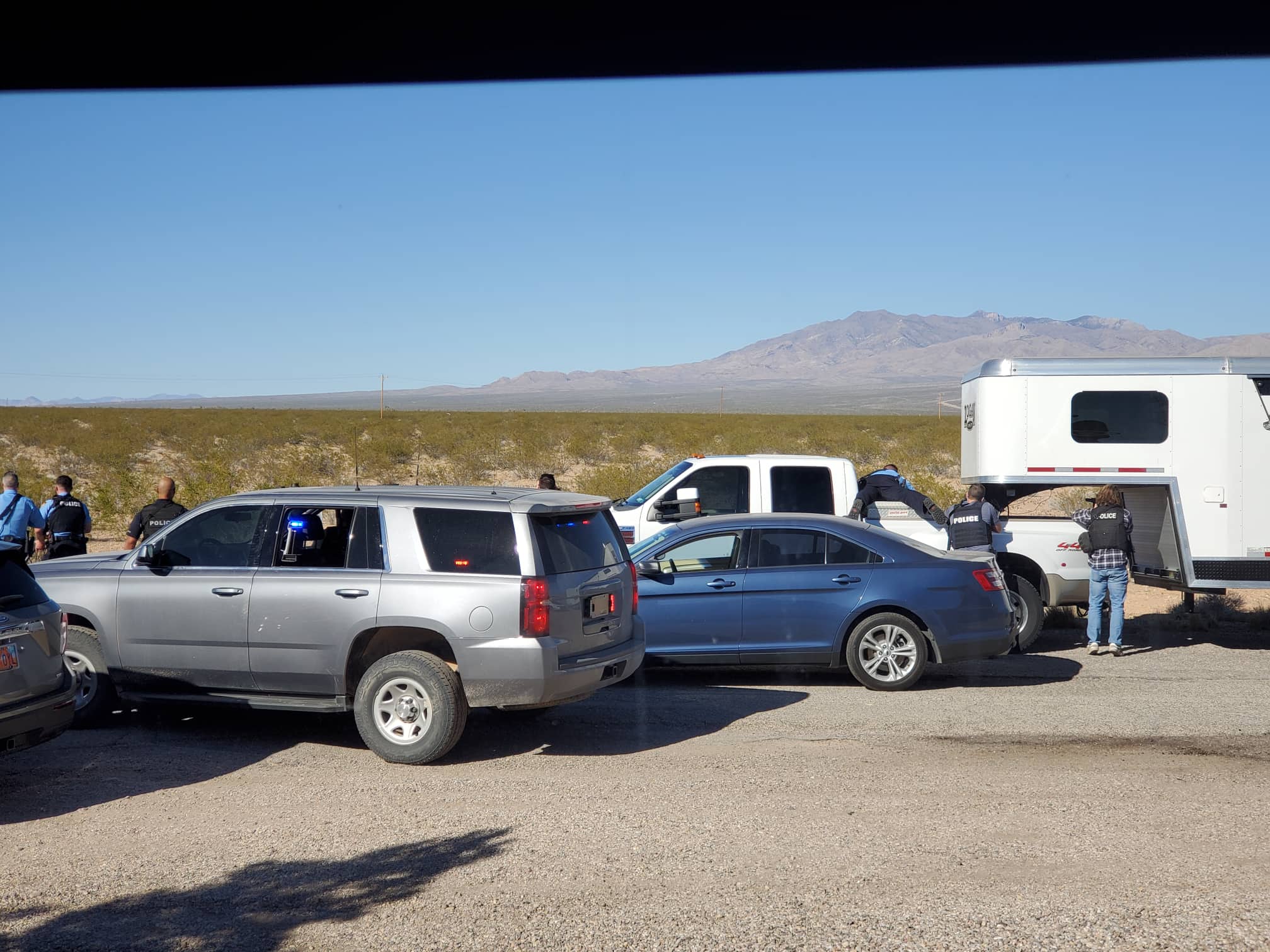 Initial reports came in stating there was an unidentified man with a gun and an innocent party and police were in active pursuit.

According to eye witness Dan Sheldon, the event took place right outside his window in what would be considered his backyard but is actually the BLM property that sits beside his mobile home. The chase ended at Biasi Ranch Road and Old Highway 91 when the vehicle was blocked by police. The man driving the vehicle exited it with a small child and ran off into the desert. The witness heard the officers mention a kidnapping situation.

There were approximately 20 police officers, some of which took shelter behind a truck and trailer that had been parked on the side of the road since morning, its occupants off exploring the public lands and not on-scene.

One officer took position and aimed across the bed of the truck.

It was only 3-4 minutes when the driver and child exited the vehicle and ran off. Sheldon said the police fired a first shot that stopped the man. The man turned toward the police but then turned back and ran further into the desert. A second shot was fired and then a third. It was after the third shot that the witness was unable to see the man any longer.

He said he figured that the third shot was the one that dropped the man.

The police were able to reach the child and bring him/her back safely. The witness did not observe the police removing the man’s body. As of 4 p.m. police were still on the road processing the scene.

All photos courtesy of Dan Sheldon