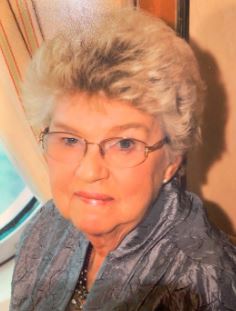 The beloved Marlys Ann Wentz Eischen passed away peacefully at her home in Mesquite, Nevada on Saturday, February 5, 2022.

Marlys was born in Napoleon, North Dakota on October 3, 1938 to Bertha Louise Kaz Wentz and Edwin J. Wentz, the second of five siblings. She is survived by four brothers, Dennis (Anne) of Bozeman, Montana, Clinton (Adeline) of Peoria Illinois, Rodney (Linda) of Napoleon, ND and Norman (Debby) of Napoleon, ND, along with five nieces, five nephews, and eleven grandnieces and nephews. She was preceded in death by her husband, Robert Eischen, who died in 2011.

As the only girl in the family, Marlys was fond of saying “I did survive!”  She attended Napoleon Public School, graduating from Napoleon High School in 1955, then went to North Central College and Presbyterian-St. Luke’s Hospital in Chicago where she received her B.A. degree and her R.N. Her career took her to the ICU at Northwestern University’s Passavant Hospital, and then to a new career as one of the first on-board nurses on the Santa Fe Railroad’s legendary Super Chief train running between Chicago and Los Angeles.

She married Bob Eischen on December 13, 1968, after meeting him in Los Angeles. Bob was a CPA and an executive with the Potlatch Corporation in Idaho. They lived in Clarkston Washington where Marlys continued her nursing career in the Clarkston hospital. Bob and Marlys loved the Northwest as well as Hawaii, and they together golfed, fished, hunted, camped, and gardened. In 1988 they mountain-biked from Sand Point Idaho to Napoleon, North Dakota. After Bob’s retirement in 1995, they moved to Tucson, Arizona primarily for the golf courses nearby. In 2008 they moved to the Dell Webb Sun City community in Mesquite, Nevada.

In Mesquite, Marlys quickly found a close circle of friends and was a regular volunteer at the Mesquite Animal Shelter, as well as at Mesa View Regional Hospital. She loved playing cards and won often at local bridge tournaments.

A memorial service will be held in Whittier, CA at Rose Hills Memorial Park where her husband Bob is buried.

Memorials can be sent to Mesquite Animal Shelter or the charity of your choice.

Arrangements are in the care of Virgin Valley Mortuary in Mesquite, NV.

The family invites you to leave a message or memory in their Guest Book at http://www.virginvalleymortuary.com.