Who is John Lee Gubernatorial Candidate? By Alana Lee Burns 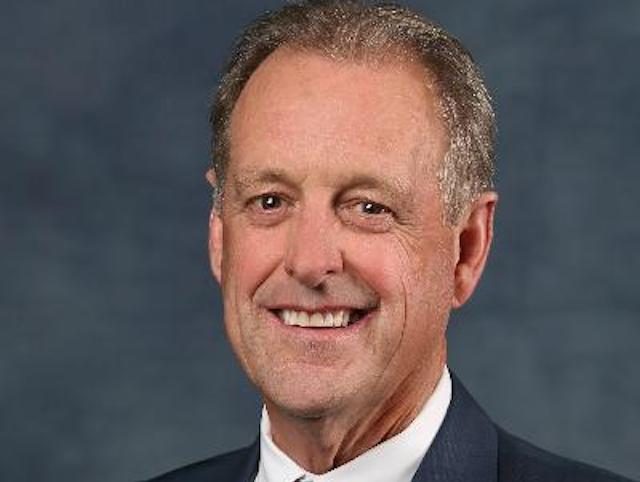 It isn’t often we get the chance to get to know the real “man or woman” who is also a politician. Mesquite Today had a unique opportunity to reach out to an old friend to find out more about the Politician running for the Highest position in the State; his daughter. Former Miss Nevada 2011 and now the owner of her own Real Estate business, Alana Lee Burns knows her dad like no other. Mesquite Today asked Alana to tell us about the man her father is and she graciously accepted the task. Here’s what she had to say.

As voters throughout the Silver State meet John Lee on the Gubernatorial campaign trail they’ll undoubtedly meet a man with a welcoming smile and striking charisma. As his youngest daughter, I’d like to pull back the curtain on the man seen in the spotlight, to introduce Nevadans to the John Lee I know. The man who raised seven children on a plumber’s paycheck, created his own ‘rags to riches’ legacy as an entrepreneur, a valiant fighter who overcame Stage IV Cancer, and a principled leader who truly defends and lives his morals.

My father leads by example, and most of the time, those who follow him have to work extra hard to keep up with his pace. He has two speeds: fast and faster. Whether you’re biking alongside him or you serve on a committee with him, many people can attest to the fact that he moves quickly, decisively and productively; and he requires those around him to do the same. My siblings and I were taught strong work ethic, to never expect anything for free, to always contribute to our community, and to never be found with our hands in our pockets when there was work to be done. And there is always work to be done.

Leadership is his superpower. From running his plumbing and flooring companies, serving in various roles as an elected official, mentoring in the Boy Scouts of America program, and assembling a phenomenal team of other leaders who all collectively saved North Las Vegas from insolvency; he has somehow created a delicately balanced approach for simultaneously defending the underdog while supporting the business creators. John reliably accomplishes the goals he sets out to achieve and his standards for excellence are bar none. He can be found taking calls while picking up trash in his neighborhood, he often invites people to meetings with him while he works on construction projects (Bring gloves if he ever invites you!), and is always dreaming up more things to add to his ever-expanding To-Do list.

Although he has been awarded many accolades throughout his life, the most impactful memories I have of his leadership in action might not seem so glamorous. Yes, he championed the construction of a world-class shooting range in Clark County, pulled NLV out of $156 Million in debt to a point where they are now financially thriving, and incentivized and actively recruited employers to invest in NLV and create quality jobs and diversified the economy for thousands of people in the area.

However, I’ve never forgotten how hard he’s worked to defend the ‘little people’ throughout his years in service. He created legislation to clean up the media/billboards in southern Nevada when the standards for what was publically viewable on them were so much worse during my childhood. His goal was to create a more family-friendly environment for the youth of southern Nevada so we didn’t have to see soft-core porn on display on our way to school or while walking The Strip. He worked to have bus shelters erected at stops where people had no shade while waiting for the bus in the grueling Las Vegas heat. They either had to stand and wait or sit on garbage they found in the desert under the direct heat of the sun. It was so sad to see. He gained no personal benefit from doing this. He just had great compassion for those who relied on public transportation who had to suffer while they simply waited for a ride. My dad also restrained a man in our backyard who was fleeing the cops after robbing a woman and stealing her purse at a nearby store, and waited while authorities finally caught up to the thief to have him brought to justice. John Lee is definitely a man of action and a man who dreams big, works hard, never rests and always keeps his word.

I recall his earnest request to the oncologists at Nevada Cancer Institute when he asked them to give him their most aggressive cancer treatment so that he would be able to return to the legislative session in time to complete the job his constituents elected him to do. The doctors cautioned him on the impacts this treatment would have on his body as well as the various challenges and risks this would present to his health and life. Despite their warnings, he proceeded with the plan. When he eventually arrived to work on the first day of the 2009 legislative session he was an emaciated shell of his former self. So much so that the legislative police actually tried to remove him from the Senate floor at a time when only Senators were supposed to be there, because they didn’t recognize him anymore. They allowed him to stay after his colleagues in the Senate vouched for him that he was actually John Lee, the Senator for Clark County District 1. His dedication to following through on his word and fighting to create positive change in our state, for the north and the south, is unparalleled by many in his profession. He is truly Battleborn.

Honestly, narrowing down the list of good things my dad has done for the men and women in Nevada, to feature in this article, was quite difficult. While I was Miss Nevada 2011 I was frequently stopped by people at various events throughout the state to hear their private accounts of secret acts of service my dad had done for them. Some of these stories included: providing financial support to a struggling family in a medical crisis, purchasing commercial-grade sewing machines for refugees so they could create financial independence for themselves, purchasing much needed wheelchairs for patients receiving chemotherapy alongside him because they couldn’t afford one, to deep cleaning someone’s home with my mom, in the midst of their family emergency, so they could ensure a safe home environment for their special-needs son. From being in the bottom of a plumbing ditch to the top of his leadership roles, my dad has shown up to show love and support for his fellow man.

And yet, one man alone isn’t capable of changing the state’s affairs. His campaign slogan of “Let’s Ride” is a personal invitation to you and every other Nevadan to join in the cause, to roll up your sleeves and help in making the Silver State the best state in the union to live, work and raise a family. This election cycle many people will be voting with pressing concerns on their hearts, some of which include: COVID, the economy, inflation, crime, and gun control. As a lifelong native to the state, he commits himself to honorably representing all of his constituents fairly. He knows to make Nevada prosperous we need everyone at the table. We must all unite to solve these problems with his experienced leadership at the helm. I proudly stand behind him and ask for your vote for John Lee this June. He will undoubtedly make you proud and will fight in defense of your freedoms.

One thought on “Who is John Lee Gubernatorial Candidate? By Alana Lee Burns”