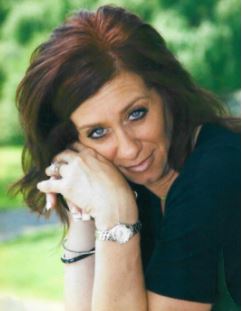 Danalynne (Dana) Mattaliano, age 57, died Wednesday, February 16, 2022 at her daughters home in Mesquite, Nevada after a long battle with cancer.  Dana was born on May 16, 1964 in Jersey City, New Jersey to Vincent Michael and Anna Louise Sapio Mattaliano.  Dana was a loving mother, sister, aunt and friend.

Dana lived much of her life in Jersey City.  She was a graduate from Saint Aloysius High School.  She moved to Las Vegas, Nevada where she was employed for many years as a card dealer.  She continued her pursuit of Cosmetology and earned her Cosmetiology license.  She became a successful business owner of her own hair salon, “Sorella Mia” located in downtown Jersey City.  She thoroughly enjoyed her profession and with her outgoing personality and talent, acquired a loyal clentele and made many lifelong friends.

Dana’s proudest moments were being the mother to her two daughters: Brianna Mattaliano (Mesquite, NV) and Paige Mattaliano – Aguilar (Atlanta, GA).  She is the proud aunt to her four nephews: James (Jay), Frank, Matthew and Anthony.  She is also survived by her sister, Rachele Mattaliano of Dumont, NJ and her dog, Mia.  She was preceded in death by her parents (Vincent and Anna) and her sister, Judianne Mattaliano – Salati.

Memorial services will be held at a future time to be determined at Riotto’s Funeral Home, 3205 Kennedy Blvd., Jersey City, New Jersey.  Friends and family are invited to sign our guest book at http://www.virginvalleymortuary.com or at the New Jersey mortuary http://www.riottofh.com

To send flowers to the family or plant a tree in memory of Dana Mattaliano – Pellagatti, please visit Virgin Valley Mortuary’s floral store.