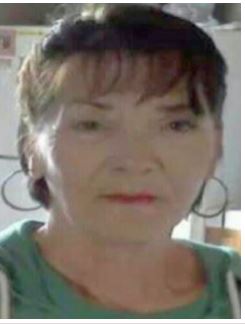 Patsy Mae Bullard, age 74, died Sunday, February 20, 2022 in Mesquite, Nevada.  She was born June 22, 1947 in Berkeley, California to William Earl and Gertrude Elizabeth Malberg Gardner.  On June 29, 1970  she married Rondal Joe Bullard in Oakland, California.  He preceded her in death on January 11, 2001.
Patsy lived most of her life in San Leandro, California.  She relocated to Mesquite, Nevada in 2015.  She enjoyed watching movies, bowling, singing and watching Karaoke and watching WWE on TV.
Survivors include one son and two daughters: Michele Rivera; Scott Bullard; Amy Bullard all of Mesquite, NV; six grandchildren; Anthony, Nicholas, Damien, Desiree, Terry and Brandon,  four great grandchildren and many nieces and nephews.  She was preceded in death by three brothers and one sister.
Memorial services will be held at a later date.  Friends and family are invited to sign our online guest book at http://www.virginvalleymortuary.com