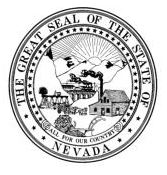 RENO, Nev. – February 25, 2021 – The Washoe County Commissioners meeting on Tuesday 2/22/22 was one that should have made every news station in the state of Nevada, let alone the county. The meeting had several hundred people show up with more than a hundred voicing their public comments on the numerous agenda items.

However, one agenda item had over 82 public comments, surrounding the controversial agenda item 14’s removal and how the commissioners themselves—possibly sabotaged it.

Overall, a few media stations ran stories about the events, but with a slant that is contrary to what actually happened and none seemed to report on the evidence that residents put forward at the County Meeting.

After many requests, on February 24, 2022, Robert Beadles (who brought glaring evidence from the registrar of voters’ own data to the County Commissioners’ attention at the commissioner meeting), decided to release two video presentations diving into all of the gritty details, and the implications wrought by said data.

These videos expose many grave data irregularities and what looks to be outright fraud that has been perpetrated on Washoe County citizens using the County’s own Voter Data tracked over the last several years.

In the presentation, Mr. Beadles shows revealing data from the Registrar of Voters, Deanna Spikula, who provided election information numbers for the last several elections via a disk that was given to Mr. Beadles.  As you will see, the numbers raise quite the alarm and bring into question everyone and everything that has been involved with the collecting, tracking, reporting, and certifying of our votes and election processes.

You can watch the brief version of Robert Beadles presentation at: https://tv.gab.com/channel/robertbeadles/view/treason-and-fraud-exposed-in-washoe-621865599972c10432a86298

You can watch the full video presentation by Robert Beadles at: https://tv.gab.com/channel/robertbeadles/view/treason-and-fraud-exposed-in-washoe-6217e12d2d4cc1e467fdf89c