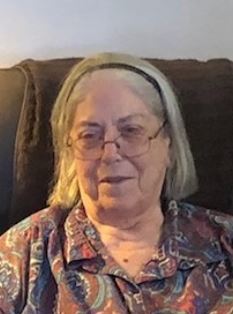 Geraldine Barton, 86, passed away on February 22, 2022 in Overton, NV. Geraldine was born on August 3, 1935 in Overton, NV to John Lawrence Marshall and Helen Hazel Spencer. She developed a love for reading at a young age and was often reading a book a day, and she was a very talented story-teller. She was very artistic, and loved to teach water colors. She was very involved in the Moapa Valley Art Guild. After graduating from Moapa Valley High School, she worked at Wells Fargo in Las Vegas, and she met Lester Varozza, who was stationed at the Lake Mead Marine Base. They were married shortly after they met and moved to California as Lester attended Davis University. They later moved to Anchorage, AK, and Lester tragically died six months later. Geraldine returned to Overton, NV to be near family. After a few years, she went to visit an old friend, Robert Barton, and they were later married. She moved to Petaluma, CA to be with Bob, who was a fisherman, and they started a Co-op, Petaluma Fishing Fleet, and Geraldine and Bob worked together for fifteen years, building fishing vessels and running distribution. After Bob passed away, Geraldine continued to run the business for several years until once again, returning to Overton, NV.
Geraldine is survived by her brothers, Ron (Erlene) Marshall, Gary (Vikki) Marshall, and Gene (Beverly) Marshall, and many nieces and nephews. She is preceded in death by her husbands, Lester Varozza and Robert Barton, her brother, Joseph Lloyd Marshall, and her parents.
The family invites you to leave a message or memory in their Guest Book at http://www.moapavalleymortuary.com.

To send flowers to the family or plant a tree in memory of Geraldine (Marshall) Barton, please visit Virgin Valley Mortuary’s floral store.