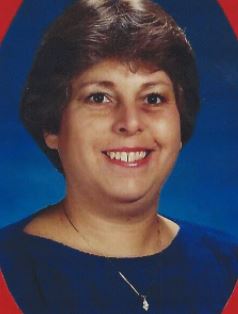 PATRICIA ANN SALOME ABERNATHY passed away on February 20, 2022 in Logandale, Nevada, just four days before her 75th birthday. She was the fifth child and third daughter of Grant Asa and Anita Cooper Salome.  Trisha, as she was known by her family, was born in Las Cruces, New Mexico on February 24, 1947.

After the family moved from New Mexico they settled in Las Vegas, Nevada in 1955.  It was here that Trisha spent her childhood, attending elementary school and graduating from Western High School in 1965.  She went to work after graduating and enjoyed the years working and being with her friends before she met her husband to be, Berry Chapman Abernathy.  They were married on December 2, 1967, in Las Vegas.

They had one child, Erin Leigh Abernathy on December 27, 1970.  Berry was a musician and he traveled a lot for his job and Trisha was always with him.  Puerto Rico, Hawaii, and many cities in the mainland United States were just a few of the many destinations that Trisha got to visit before they settled down in Las Vegas permanently.  The marriage ended in divorce in 1975.

Trisha loved children and made that her life’s work.  She taught preschoolers for over 20 years and was affectionally known as “Miss Patti” to her kids.  She has had a powerful influence on a great many children over the years and loved them and was loved by them.

Illness caused Trisha to have to retire from her chosen vocation and she never really fully regained her strength after that.  She battled serious rheumatoid arthritis and developed heart problems later in life.  She suffered many bouts of illness and was ever valiant in her efforts to carry on.  When the end finally came it was a blessing to see her at peace.

She was preceded in death by her parents Grant and Anita Cooper Salome; two brothers, Jerry and Ronald, and a sister, Edwina.  She is survived by her daughter Erin and two grandsons Chase and Jacob and her sister and brother-in-law Vikki and Gary Marshall of Logandale.

Much can be said of Trisha but definitely that she was loved by her family and friends and she returned that love unconditionally.  May she rest now, in peace.

To send flowers to the family or plant a tree in memory of Patricia (Salome) Abernathy, please visit Virgin Valley Mortuary’s floral store.