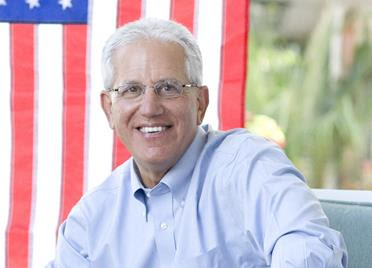 On Tuesday, Feb 8, we had the Las Vegas Governor’s Debate held led by the Clark County Republican Central committee the Dragon Ridge Country Club in MacDonald Highlands. Dr. Simon gave a great showing against 6 other candidates. Only “No Show”, Joe Lombardo.

Dr. Simon was met at the entrance to the debate by Move Freely Political Action Committee who are supporting Dr. Simon. Move Freely is a PAC funded by over 800 Airline pilots and attendants who are fighting against vaccine and mask mandates for airline professionals.

Dr. Simon was crisp and direct presenting his solutions for healthcare, education, and election integrity in the State. Joey Gilbert had to give two mea culpa’s on stage. Joey apologized for taking methamphetamine and steroids as a boxer and admitted that the Nevada Athletic Commission stripped him of his boxing titles. Then he had to apologize to Michelle Fiore for calling her a “nut job” when she was a Nevada Senator who opposed the passage of the Gross Receipts tax in 2015. Joey supported the tax because Sandoval was his fraternity brother. Not a good look for Joey.

Dean Heller, the most shameless politician of all, continues to mislead voters, telling them that he will institute Voter ID by executive order. Does he not know that only the legislature can set the “time, place and manner” of elections? He continued with this whopper, that he will issue an executive order to implement Constitutional Carry, again displaying his ignorance that only the legislature can enact constitutional carry.

The next day we headed to Mesquite where we had two events. The first was a luncheon with the Mesquite Chamber of Commerce and each governor candidate had 10 minutes to speak. Heller, Lombardo, Lee, Nohra, Simon and Heck attended and spoke. Dr. Simon was dynamic as usual.

This was the first time that anyone got to hear Lombardo speak. He spent the first half of his speech defending himself against charges that he releases illegal alien felons into the community instead of turning them over to ICE. His excuse is that the legislature and the Courts caused him to do so. He stated that he has two top priorities. One is to build affordable housing. Did you get that? He want to build affordable housing which is code for government subsidized housing built by a developer who makes millions on the deal and you get crappy housing with low rent people in your community. If you look at Joe Lombardo’s Contribution and Expenses Report that he submitted to the Secretary of State, his largest contributors are developers and casinos, so he want to use your tax money to build housing for the workforce of the casinos. Get it?

Joe’s second priority is to get illegal guns off the street. One has to wonder what the heck was he doing as Sheriff of Clark County for the past eight years?

And the final whopper of his speech was his final statement and this is verbatim. “I have the most money of any candidate and if you vote for any other candidate besides myself, it is a vote for Sisolak.” Think about that statement. You’d be hard pressed to find a more arrogant and dismissive statement, one that disrespects the voters and the entire process.

We then proceeded to the monthly meeting of the Mesquite Republican Women (MRW) where Dr. Simon addressed a packed house.  The MRW puts on a terrific meeting and Dr. Simon gave a very moving speech which you can see here. youtu.be

Dr. Simon hosted a Town Hall at the CVIC hall in Minden on February 10, so voters could listen to and question two additional constitutional conservative candidates who are running. This is part of the commitment of the Simon campaign to introduce Douglas County to all conservative candidates in order to “build a bench” for the Republican Party for upcoming elections. Sharelle Mendenhall is running for US Senate and Stavros Anthony is running for Lt. Governor.

The Simon for Nevada Campaign has officially passed the 100 event milestone. We have attended over 100 events of Republican Groups since we started the campaign last May including Republican Women’s Groups, Local Republican Clubs, Dozens of Republican Central Committee meetings and debates. And, going forward, we are committed to doing over 100 events between now and the primary on June 14th both in the Las Vegas area and in Northern Nevada. Nobody is going to out work our campaign.

Forward to a Friend

I am asking you to do one simple thing to help our campaign. I want you to forward this email to your conservative friends so they can get to know me and follow the campaign. We are building a movement of Constitutional Conservatives who are not going to settle for career politicians who are bought an paid for by special interests.

I firmly believe that only constitutional conservatives can save America and Nevada. Please join.me. Simply click here and you will be added to my newsletter.