The story of the Beaver Dam Lodge 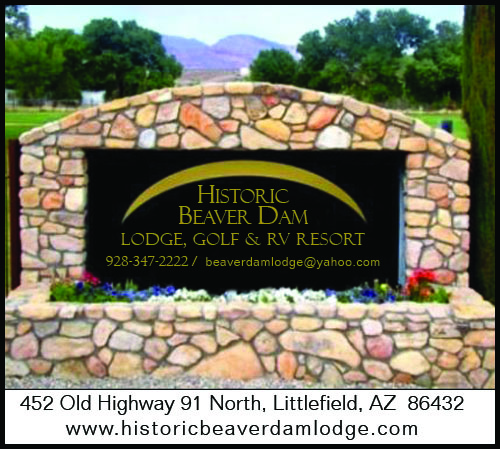 Before the 1849 Gold Rush, when prospectors and Mormon colonizers passed through the California Corridor enroute to the southwest, the Beaver Dam Wash was an oasis for the weary traveler.

Located near the trail established by John C. Fremont, it provided a watering hole for man and beast.

During the Roaring Twenties, the Beaver Dam Lodge was built in the oasis as a halfway stop to provide lodging for the traveler between Los Angeles and Salt Lake City.

It soon became a popular resort for movie stars, even before Las Vegas. Luminaries including Errol Flynn, Jack Benny, Tyrone Power and his Annabell and Wallace Berry found respite at the Beaver Dam Lodge, away from Hollywood life.

During the depression of the 1930’s, the center room was lined with slot machines. Through ‘hard times’ when nickles and dimes were scarce, the penny slot machine was able to provide wages for the hired help.

The lodge, soon to be restored and modernized has maintained the historic atmosphere which made it famous. The rooms on the North Wing are the same rooms which the famous stars occupied.

Enjoy your stay at the Beaver Dam Lodge and remember…Clark Gable slept there.