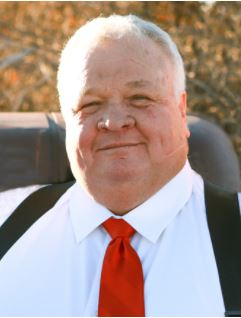 Bob grew up in a large family as the 9th of 9 children.  His family raised beef cattle, grew alfalfa hay, and always had a garden.  He learned how to be responsible and serve others from his parents, siblings, and the Delta community which he continued to serve everyone everywhere including being an active community member for 33 years and a Moapa Town Advisory Board member for the last 6 years.

After Bob graduated from Delta High School, he attended University of Utah for a time before serving a Mission for the Church of Jesus Christ of Latter-day Saints in the Dominican Republic in 1981-1983.

After an honorable release, he worked the family farm in Delta while commuting back and forth to U of U to further his studies. He met Shari Lee Wright in the Fall of 1983, and they became friends, before dating the next year. They were later married in Overton, NV on August 17, 1985.

In 1989, Bob and Shari left the Delta farm, and moved to Moapa, NV, where Bob worked for a time at Western Technologies, and later as a construction site inspector for the county until retiring in 2018 due to his knees.

Bob was a faithful member of the Church of Jesus Christ, and he and Shari were sealed in the Las Vegas Temple on March 18, 2000. They felt especially blessed, when a few months later, they found they were expecting a son, and they named him Odin. Bob loved working with the youth of his community and spent many hours in the scouting and church youth programs. He enjoyed all sorts of survival skills, SCUBA, HAM Radio, knot-tying, hunting, fishing, firearms, archery, dogs, mules, and goats. Also, he loved cooking, science, literature, movies, braiding loved ones’ hair, music, art, live performances, piano recitals, concerts, being a mentor and stand-in/stand-up dad for many young men and women, serving everyone, and being Odin’s number one fan in all of his activities. He impacted many lives as he shared these passions with others.

Viewing services will be held on Thursday, March 10, 2022 6-8 p.m. at the Moapa Valley Mortuary. Viewing services will be held on Friday, March 11, 2022 9:30-10:30 a.m. at the Church of Jesus Christ of Latter-day Saints Moapa Chapel, with the Funeral following at 11:00 a.m. Graveside services will follow at the Warm Springs Cemetery, Moapa, NV. Live-stream services may be found at Bob Lyman Memorial Facebook group. The family invites you to leave a message or memory in their Guest Book at http://www.moapavalleymortuary.com.

To send flowers to the family or plant a tree in memory of Bob Lyman, please visit Virgin Valley Mortuary’s floral store.