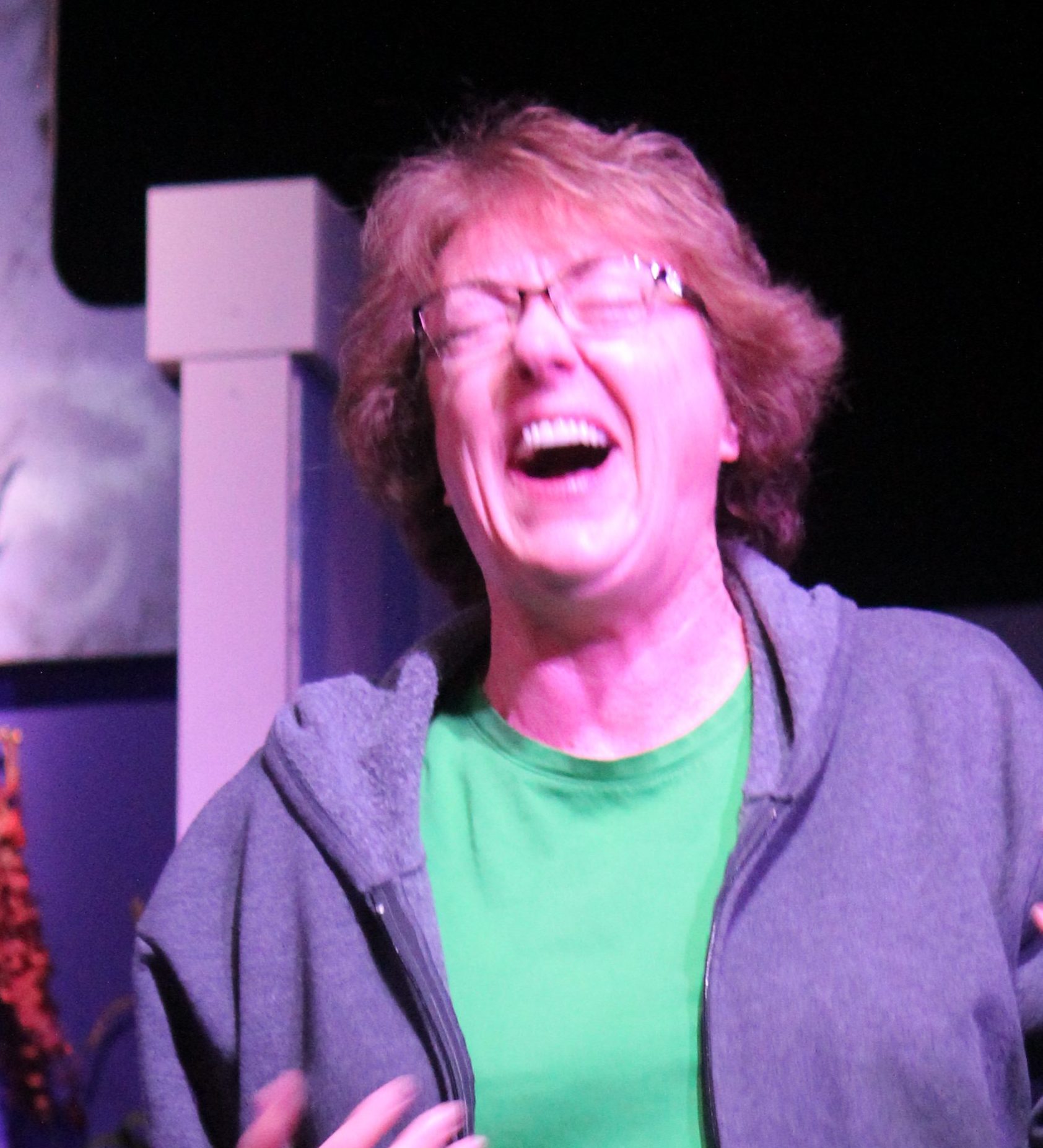 They may be singing the Wedding Bell Blues in Lizard, NV but watching them sing em will give you anything but.

Mesquite Today once again had the pleasure of attending a rehearsal. In just a little over one week, things have stepped up by leaps and bounds. Lines are tighter, the set is up and characters have come alive. It’s a fun show!

If laughter is contagious, you’re gonna be laughing, Auntie Rainbow Trout and Uncle Lucky Chance are a hoot. I can’t tell you too much, I don’t want to spoil anything for you.

This show was written by VVTG’s own Nancy Arnold and Sue Kjellsen; they’ve written in plenty of places where the audience can boo, hiss, cheer, applaud and even sing along, if you’ve a hankerin to do so. Nancy and Sue have brought us from the founding of Lizard, NV and the plenty good as well as no good characters that were there from the start. Now their kin are still here generations later. Join the group (its an interactive show) as they give you a view of what’s happening in Lizard, NV today.

There’s a ‘Far out” good time to have in Lizard; you’ve just got to get there. No, you don’t have to get married, plenty of you already are. You don’t have to drink a potion for a ticket neither, you’ve just got to mozie on down to the Mesquite Fine Arts Center and purchase a ticket, they take credit cards now, for your convenience, or you can get there up to an hour before showtime and hope they ain’t sold out.

If you wanna know more, you’re gonna have to see for yourself.

There is plenty of music and fun for all. You can even come get hitched yourself during intermission. I ain’t pulling your leg neither; here’s the particulars:

The Virgin Valley Theater Group in conjunction with their new, original musical melodrama “Wedding Bell Blues or How The Virgin Valley Got Its Groove On” is holding a contest and looking for couples willing to get married “live” on stage during one of the shows performance days. The play is an original musical melodrama that takes place in Lizard, NV. This original production was written by Mesquite residents Nancy Arnold and Susan Kjellsen. A tie-in to an actual legal, “live” wedding makes this a truly unique experience. The winning couple will be offered their choice of one of the following performance days: March 11, 12, 13, 18, 19, 20, 25, and 26. The service will take place during intermission on stage and will be a legal civil service marriage ceremony performed in the State of Nevada by a licensed Nevada Marriage Officiant. The ceremony will be a simple civil ceremony that will be completed within 10 minutes or less. The service will be “free of any venue and officiant charges” for the winning couple. Complete details, applications, eligibility and contest rules will be available to all applicants. Email by Marriage Officiant Ken Juber at MesquiteMarriageMan@gmail.com

The Eureka Casino Hotel has offered the winning couple a 1 night’s stay and a $100 Gift Certificate to Gregory’s restaurant as part of this promotion. The theater group is hoping that other restaurants and local businesses will want to join in and offer the winning couple free dinner, cake, flowers, you name it.

This is a truly unique, “once in a lifetime opportunity” for a very unique fun-loving couple to share their special day on stage with a “live” theater audience. We hope to see you there!

Here’s a peek at some of the characters.