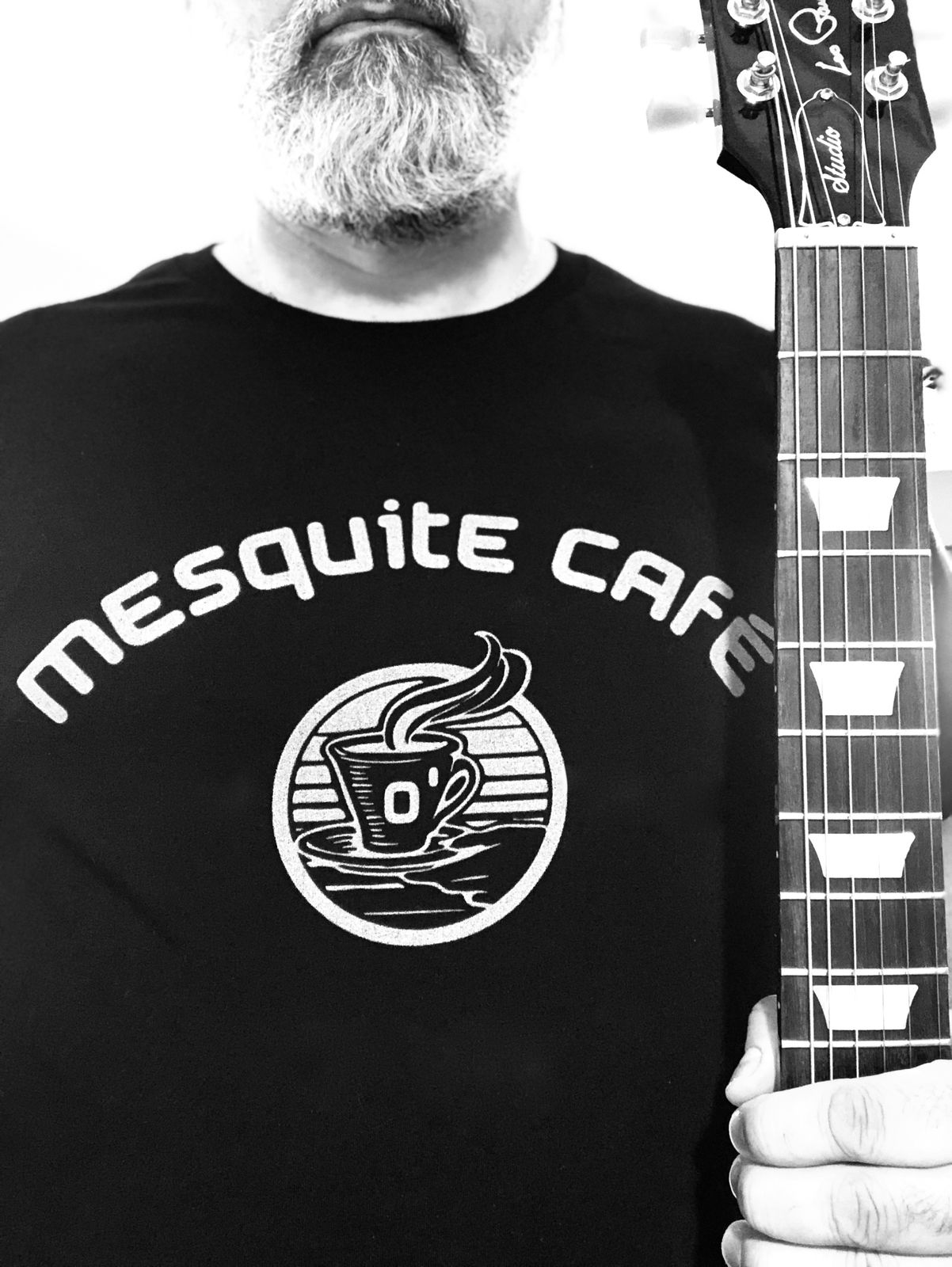 Paul and Linda Villanueva have a goal, to make people feel happy, relaxed, and festive. “What better place to do that than at the Mesquite Library, they have a perfect area for it with cushioned seating and plenty of room for everybody. It’s for Moms, dads, grandparents, kids and you can even bring your dog. It is a beautiful place to sit back and enjoy some good music,” said Paul. Wayne Andreola rounds out the band with his harmonica.

The Mesquite Café Blues Band rocked the house, had folks dancing in the plaza and in their chairs. Toes were tapping and the crowd was smiling and enjoying the slightly cool spring-like day during the first of this season’s concerts at the library.

The concerts were the brainstorming of Norman Utley and Deborah Stephenson who are both members of Mesquite’s Rotary. Deborah is also a music lover and a long-time musician. She play oboe with the Southern Nevada Symphony Orchestra but didn’t begin playing until she was 15. “I was a late bloomer,” she said. “I did know how to read music though; I began playing piano when I was younger. Later I began playing the clarinet. It was an old metal clarinet and we had to tape it together to play it. When she passed her “yearbook” in just a month, she said, “I imagined my band director thought, “I’m going to have this ugly, falling apart clarinet in the middle of my pretty black ones.” He said to me, “You’re an oboe player, you’re not a clarinetist.”

With their own goal in mind, they contacted Library Director, Judith Sargent.  They proposed a Rotary sponsorship and partnership with the Clark County Library, and the three made it happen.

Mesquite Café Blues Band performed at the library last fall when the concert series first launched. It was reported that they had over 60 people show for the first concert. They have gained popularity since then; this concert had over 160.

More summer concerts will include dueling pianos with Doris Points and Rita Hermie, Dueling Cellos, The Glory Girls, and other local groups.

The performances are on Sundays from 3:00 p.m. to 4:30 p.m. on the Mesquite Library Plaza until the weather gets too warm for comfort, then they’ll take a break until the fall. The concerts are always free of charge and the best part said Deborah, “Everybody who attends the concerts counts as a library patron. Grants and funding is based on patronage so it helps the library get additional funding which in turn helps the community.”

One thought on “Mesquite Cafe Blues Band rocked the Plaza”