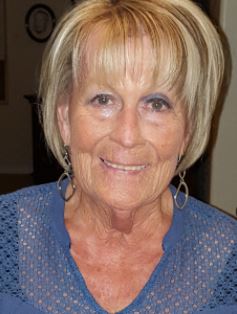 Beverly grew up in Idaho Falls, Idaho. She raised her family in Northern California, Texas and Hawaii, finally settling into Hermiston, Oregon. Over the years she was an Executive Secretary for the U.S Army Corps of Engineers, Federal Bureau of Investigation, Department of Energy and Department of Defense.  She relocated to Mesquite, Nevada in 2014 with her Husband Donald Coleman. She loved camping in the mountains and riding her four-wheeler, traveling in the camper, seeing new places and making friends. She enjoyed helping others and her time as a volunteer at the local hospital.  She was also an avid Seahawks fan.

Survivors include her Husband, Donald Alvin Coleman of Mesquite, NV; daughter, Teri Delacruz (Jerry) of Carson City, NV; son, Gerald “Scott” (Cindy) Teeples of Hermiston, OR; seven grandchildren, sixteen great grandchildren and one great-great grandchild. She was preceded in death by her parents, two brothers and one sister.