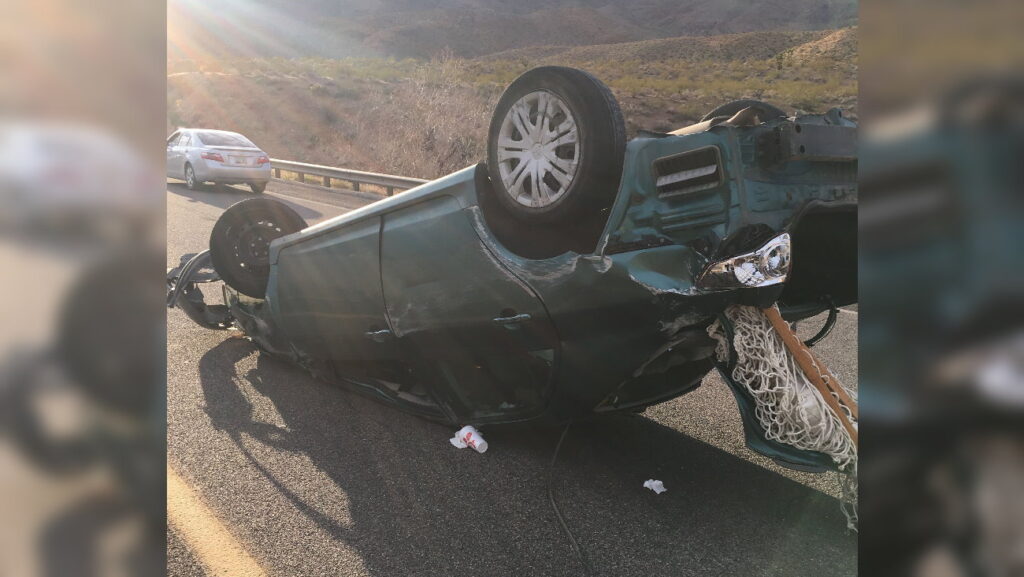 A 21-year-old driver escaped a rollover with just a scratch.

Southbound traffic through the Virgin River Gorge was backed up considerably about 4 p.m. on Tuesday, March 8 after a vehicle rolled over on the highway at about mile marker 19, just before Cedar Pocket.

According to statements made by Jeff Hunt, Beaver Dam/Littlefield Fire Chief, the driver reported hearing a strange noise just before the vehicle suddenly veered toward the center divider. The driver clipped the divider causing it to veer back toward the guardrail on the other side.

While attempting to regain control of his vehicle, the driver overcompensated and once again veered into the concrete divider in the center of the freeway. He took out 30 feet of glare screen before rolling over and sliding to a stop across the road.

The driver refused to be transported to a hospital for treatment.

Beaver Dam Fire trucks were used to pull the car closer to the side of the road to open up at least one lane of traffic.