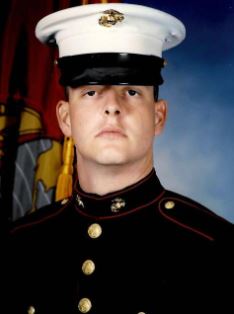 Matthew Eugene Mead, 49, of Mesquite, died unexpectedly at his home Saturday, March 5, 2022. He was born August 22, 1972, in Missoula, Montana, to Clayton Eugene Mead and Bette Jean Wise Mead.
Matt graduated from Custer County High School in Miles City, MT. He attended junior college in Miles City briefly before moving to Billings, MT attending Eastern Montana College while living with his grandparents. He moved to Missoula to be closer to his parents and decided to join the Marine Corps. He was a ten-year veteran, working as a helicopter crew chief and later as an IT specialist. He survived two helicopter crashes, one in Okinawa, Japan and the other in California. He left the Marine Corps after a diagnosis of diabetes limited the tasks for which he could qualify. He then moved to Mesquite to be close to his mother and stepfather, BJ and Larry Pederson.
Matt worked as a real estate agent in Mesquite and was licensed in Nevada and Arizona. Matt always took a special interest in his clients. He was a natural salesman and especially enjoyed working with seniors looking to relocate or buy second homes in Mesquite. It wasn’t unusual to find him helping his clients move into their new homes. Many of them continued to be his friends long after.  Matt left the real estate business for a time to attend school in Glenwood Springs, CO. He graduated from Colorado Mountain College with IT and Paralegal degrees. He then moved back to Mesquite and worked for a time in property management before again devoting full time to real estate sales.
Matt had a very close relationship with his family in Mesquite. He was always available to help BJ and Larry and his grandparents, Luke and Jean Wise. Later, after his grandfather passed away, Matt spent countless hours with his grandmother, taking her to dinner, visiting her at her retirement home, running errands for her and talking on the phone. They were very special to each other.  Matt loved animals, especially dogs. He brought Gunner, a rescued Rottweiler, into his life while still in the Marine Corps. Later, Peggy Sue, a 57 variety, joined the family. He taught them to salute and many other tricks. Also, he loved Lily, the Chinese Crested member of the Pederson family. Matt was always ready to keep Lily when her parents were traveling and loved having her as a companion.
Matt was preceded in death by his grandmother Jean Wise, in October 2021. Survivors include his mother and stepfather, Bette Jean and Larry Pederson; his father, Clayton Eugene Mead, Missoula, MT; his sister, Pamela Long (Robert), Portland, OR; stepbrother, Jake Kinne, Sparks, NV and nieces, Sara and Ella Long.
Services will be private with burial at Southern Nevada Veterans Memorial Cemetery, Boulder City, NV.  Friends and family are invited to sign our online guest book at http://www.virginvalleymortuary.com

To send flowers to the family or plant a tree in memory of Matthew Eugene Mead, please visit Virgin Valley Mortuary’s floral store.

Thank you for your service. Rest in peace.