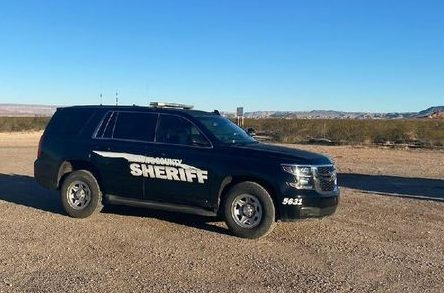 About 10am last Sunday (1/9) morning, the Mohave County Sheriff’s Office received a call for help from the mother of a 24-year-old male and his 23-year-old male friend who had not returned home Saturday (1/8) after going to the Arizona Strip for target shooting. They left around 10am on Saturday and were planning to go to a shooting range near the Black Rock Area and were to return after a few hours. Neither of their mothers were able to make contact with them and said they had no supplies and were unprepared to stay overnight in the wilderness area. Deputies from Mohave County Sheriff’s Office and Washington County Sheriff’s Office began searching areas near Black Rock, while Bureau of Land Management Rangers began searching further south for them and the Arizona Department of Public Safety Air Rescue Helicopter began an air search. Additional search teams were activated and began a route and location search. While teams were searching, the pair of missing recreationalists were brought out of the wilderness area by another traveler. Apparently, they were unable to locate the shooting range and decided to go four-wheeling south of Black Rock and ended up getting their Toyota 4Runner stuck sometime Saturday afternoon, about 60 miles south from where any family believed they would be located. They ended up staying with the 4Runner overnight, for shelter – due to below freezing temperatures, but walked away from it Sunday morning and ended up at the old schoolhouse. While they were there, another recreationalists traveling in the area made contact with them and brought them back to safety. Search and Rescue wants to remind everyone when recreating in the rugged, remote wilderness areas of Mohave County to bring plenty of supplies and water. Have a plan and let others not traveling with you know where you plan to go and when you plan to return. Great job!