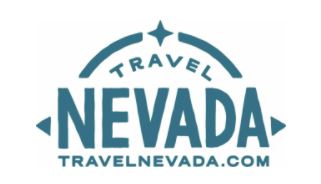 CARSON CITY, Nevada – As teams take it to the hardwood to determine the best ballers of the NCAA, Travel Nevada is adding its own “color” commentary to a fun new bracket-busting concept. In this unique take on March Madness, they’re asking for the public’s help to determine which Nevada color reigns supreme as part of their March Color Madness contest.
From March 15 through April 4, eight colors inspired by Nevada’s places and spaces will face off, with only one color earning a popularity slam dunk by becoming  Nevada’s 2022 color of the year. And unlike that “other” March basketball contest, traveling is encouraged during March Color Madness, so voters can explore and witness in person the many colors that represent the Silver State.
The contest will launch with eight Nevada-inspired hues, with options including “Lady in Red,” reflective of the lush velvet curtains found in the Mizpah Hotel in Tonopah, the “Picon Punch,” a nod to the  amber-hued unofficial drink of the Silver State, and “Mountain Bluebird Sky” which pays homage to a combination of  Nevada’s crystal blue skies plus its popular state bird.
Nevadans (or those who simply love Nevada and its inspired color palette) are asked to participate by voting daily for the hue they think should move forward in the contest, starting with Nevada’s Excellent Eight, then the Phenomenal Four, before the final face-off to determine the winner to become Nevada’s 2022 Color of the Year. The winning color will be announced on Travel Nevada’s social media channels (@TravelNevada) on April 5.
The schedule:
Round one: March 15-21
Round two: March 22-28
Championship round: March 29-April 4
To vote daily through April 4, visit https://travelnevada.com/nevada-march-color-madness/. At the end of March Color Madness, four voters will be selected at random to receive Travel Nevada swag bags.
###
Travel Nevada (the Nevada Division of Tourism) is part of the Nevada Department of Tourism and Cultural Affairs. It is responsible for promoting and marketing Nevada as a travel destination. Operating within a performance-based budget structure, Travel Nevada is funded solely by a percentage of lodging tax paid by overnight guests throughout the state. For more, visit TravelNevada.biz.