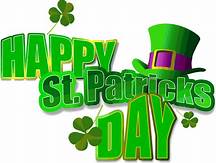 St. Patrick’s Day is celebrated annually on March 17, the anniversary of his death in the fifth century. St. Patrick’s Day 2022 will take place on Thursday, March 17. The Irish have observed this day as a religious holiday for over 1,000 years. On St. Patrick’s Day, which falls during the Christian season of Lent, Irish families would traditionally attend church in the morning and celebrate in the afternoon. Lenten prohibitions against the consumption of meat were waived and people would dance, drink and feast–on the traditional meal of Irish bacon and cabbage.

Saint Patrick, who lived during the fifth century, is the patron saint of Ireland and its national apostle. Born in Roman Britain, he was kidnapped and brought to Ireland as a slave at the age of 16. He later escaped, but returned to Ireland and was credited with bringing Christianity to its people.

In the centuries following Patrick’s death (believed to have been on March 17, 461), the mythology surrounding his life became ever more ingrained in the Irish culture: Perhaps the most well-known legend of St. Patrick is that he explained the Holy Trinity (Father, Son and Holy Spirit) using the three leaves of a native Irish clover, the shamrock.

More than 100 St. Patrick’s Day parades are held across the United States; New York City and Boston are home to the largest celebrations.

When Was the First St. Patrick’s Day Celebrated?

More than a century later, homesick Irish soldiers serving in the English military marched in New York City on March 17, 1772 to honor the Irish patron saint. Enthusiasm for the St. Patrick’s Day parades in New York City, Boston and other early American cities only grew from there.

Over the next 35 years, Irish patriotism among American immigrants flourished, prompting the rise of so-called “Irish Aid” societies like the Friendly Sons of Saint Patrick and the Hibernian Society. Each group would hold annual parades featuring bagpipes (which actually first became popular in the Scottish and British armies) and drums.

In 1848, several New York Irish Aid societies decided to unite their parades to form one official New York City St. Patrick’s Day Parade. Today, that parade is the world ‘s oldest civilian parade and the largest in the United States, with over 150,000 participants. Each year, nearly 3 million people line the 1.5-mile parade route to watch the procession, which takes more than five hours. Boston, Chicago, Philadelphia and Savannah also celebrate the day with parades involving between 10,000 and 20,000 participants each. In 2020, the New York City parade was one of the first major city events to be cancelled as a result of the COVID-19 pandemic; it was again cancelled in 2021. The parade in New York and others around the country returned in 2022.

The Irish in America

Up until the mid-19th century, most Irish immigrants in America were members of the Protestant middle class. When the Great Potato Famine hit Ireland in 1845, close to 1 million poor and uneducated Irish Catholics began pouring into America to escape starvation.

Despised for their alien religious beliefs and unfamiliar accents by the American Protestant majority, the immigrants had trouble finding even menial jobs. When Irish Americans in the country’s cities took to the streets on St. Patrick’s Day to celebrate their heritage, newspapers portrayed them in cartoons as drunk, violent monkeys.

The American Irish soon began to realize, however, that their large and growing numbers endowed them with a political power that had yet to be exploited. They started to organize, and their voting bloc, known as the “green machine,” became an important swing vote for political hopefuls. Suddenly, annual St. Patrick’s Day parades became a show of strength for Irish Americans, as well as a must-attend event for a slew of political candidates.

In 1948, President Harry S. Truman attended New York City‘s St. Patrick’s Day parade, a proud moment for the many Irish Americans whose ancestors had to fight stereotypes and racial prejudice to find acceptance in the New World.

As Irish immigrants spread out over the United States, other cities developed their own traditions. One of these is Chicago’s annual dyeing of the Chicago River green. The practice started in 1962, when city pollution-control workers used dyes to trace illegal sewage discharges and realized that the green dye might provide a unique way to celebrate the holiday. That year, they released 100 pounds of green vegetable dye into the river–enough to keep it green for a week. Today, in order to minimize environmental damage, only 40 pounds of dye are used, and the river turns green for only several hours.

Although Chicago historians claim their city’s idea for a river of green was original, some natives of Savannah, Georgia (whose St. Patrick’s Day parade, the oldest in the nation, dates back to 1813) believe the idea originated in their town. They point out that, in 1961, a hotel restaurant manager named Tom Woolley convinced city officials to dye Savannah’s river green. The experiment didn’t exactly work as planned, and the water only took on a slight greenish hue. Savannah never attempted to dye its river again, but Woolley maintains (though others refute the claim) that he personally suggested the idea to Chicago’s Mayor Richard J. Daley.

In modern-day Ireland, St. Patrick’s Day has traditionally been a religious occasion. In fact, up until the 1970s, Irish laws mandated that pubs be closed on March 17. Beginning in 1995, however, the Irish government began a national campaign to use interest in St. Patrick’s Day to drive tourism and showcase Ireland and Irish culture to the rest of the world.

What Do Leprechauns Have to Do With St. Patrick’s Day?

One icon of the Irish holiday is the Leprechaun. The original Irish name for these figures of folklore is “lobaircin,” meaning “small-bodied fellow.” Belief in leprechauns probably stems from Celtic belief in fairies, tiny men and women who could use their magical powers to serve good or evil. In Celtic folktales, leprechauns were cranky souls, responsible for mending the shoes of the other fairies.

Though only minor figures in Celtic folklore, leprechauns were known for their trickery, which they often used to protect their much-fabled treasure. Leprechauns have their own holiday on May 13, but are also celebrated on St. Patrick’s, with many dressing up as the wily fairies.