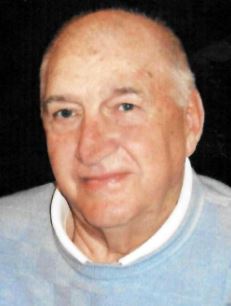 Arville Lee Coonradt was born 6 December, 1933 in Salt Lake City Utah to Arville Dean Coonradt and Ora Everlee Walton Coonradt.  In 1937 the family purchased property in Layton, Davis County, Utah where Lee spent his years growing up attending Layton Elementary School, North Davis Middle School and Davis High School, graduating in 1951. Also in 1951 he married. The marriage ended in divorce in 1957 but did produce three children. In 1960 Lee met his one true love and they were married 19 February, 1961 for time. On 9 February, 2022 they were sealed for eternity in the Cedar City, UT Temple of the Church of Jesus Christ of Latter Day Saints. Lee was a baptized member of the Latter Day Saint church but was not always active.  He had faith in the teachings and was always a staunch defender of his religion.

Lee and Diana have two children; a son, Wesley Lee Coonradt and a daughter, Wendy Ann Coonradt. Wendy has two children; a son, Jacob Preston Hicks and a daughter Hanna Allison Hicks. Jacob has two children; a daughter, Aryanna Skye Hicks and son, Ashton Dean Hicks. Lee loved all his children unconditionally. His children brought him some sorrow but also were his greatest joy. Lee was the third child in a family of four; Beverly Estella Coonradt Young (deceased), Jack Dean Coonradt (deceased) Arville Lee then Maury James Coonradt. Other people who were important in his life were Annie Marie Coonradt, Lisa Carbine, Lyndie Henrie and Pam Shafer and many more wonderful family and friends too numerous to mention.

After high school he signed to play baseball as a pitcher for the Brooklyn Dodgers. He played for the farm teams, one year in Ponca City, Oklahoma and one year in Great Falls, Montana before an injury ended his baseball career.  After returning to Layton he spent ten years working for the Union Pacific RR as a brakeman and a switch man serving on steam locomotives and diesel engines. Then he discovered his true calling, Sales. Something he did throughout the remainder of his life, first in Real Estate then for photography studios from St Louis, Missouri, to San Jose, California and all points between. Upon returning to Layton he and his wife, Diana, decided to start their own photo business calling it, Diana Lee Home Portraits, something they did until Lee took early retirement due to a back that would not allow him to continue. During this time Lee and Diana also became dealers for a log home company, building their log home from foundation to roof top.

Lee’s father started him fishing, hunting, and camping as soon as he could walk and he continued until December 2021 when he was diagnosed with an untreatable cancer and his health would not allow him to do the things he loved any more.

However, Lee was not all work and no play. Fishing, hunting, camping, motorcycles, boating, golf and travel were also on his agenda. After moving to Mesquite, NV in 2004 Lee became an avid golfer, playing all the courses in town.  He started two very successful golf leagues at his home course of Coyote Willows.

Lee ended his earthly journey on 16 March, 2022 and started the next great adventure into his eternal life.  Lee is now headed down a new road hoping to discover what is over that hill, something he was always curious about, maybe a new fishing hole full of lunkers. His familiar statement at the end of a long day exploring was “Oh, for one more hour.”

His loved ones who have preceded him were all waiting to welcome him home.  There he will await his sweetheart, Diana, to join him when her journey here on earth is ended.

Memorial services will be held Tuesday, March 22, 2022 at 6 p.m. at the Church of Jesus Christ of Latter Day Saints Whipple Chapel.  Friends and family are invited to sign our online guest book at http://www.virginvalleymortuary.com

To send flowers to the family or plant a tree in memory of Lee Coonradt, please visit Virgin Valley Mortuary’s floral store.