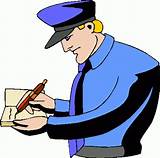 On March 14, St. George Police arrested a man who was in the United States illegally. After a search of the vehicle the St. George officers recovered a total of 140 pounds of methamphetamine and a kilo of cocaine.

Twenty-two-year-old Sergio Antonio Silva-Gonzales was driving north on the I-15 when an officer observed his turn signal flashing but passed up the opportunity to change into the passing lanes on multiple occasions. When he did change lanes, he caused the driver behind him to slam on his brakes to avoid a crash. The officer noted having witnessed several other traffic violations before he pulled over Gonzalez’s dark red car just south of the Brigham Rd. exit.

Gonzalez handed the officer a driver’s license issued in Mexico. When the information was called in it came back that indicated Gonzalez was a resident of Denver, CO.

A K-9 unit close by was called to assist. The k-9 alerted to the scent of something in the vehicle, possibly narcotics. When the vehicle was searched the officers found a Taurus handgun which came back stolen. While searching the trunk they found a suitcase loaded with methamphetamine, a fruit box loaded with methamphetamine and a wrapped package that contained the kilo of cocaine. The officers also recovered THC gummies and other marijuana related products.

When an agent from Homeland Security arrived to assist it was determined that Gonzalez was in the country illegally and had no ties to Utah or the U.S.

The suspect was booked into Purgatory Correctional Facility and charged with three second degree felonies including two counts of possession with intent to distribute a controlled substance. He was additionally charged with Felony Possession of a Firearm by a restricted person. He also faces misdemeanor charges of possession of marijuana and paraphernalia and driving on a denied license.

Officers submitted a request for Gonzalez to be held on no bail or extremely high bail as they feel he poses a flight risk. The request was approved, and he is currently being held in Purgatory without bail.

The suspect’s mug shot is unavailable due to the passage of HB228 which protects the public information available on inmates. HB228 isn’t scheduled to go into effect until April 1 but Washington County Sheriff’s have already removed them.