Daylight Savings Time may be a thing of the past 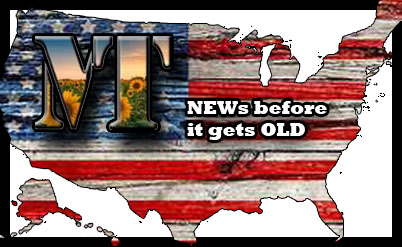 Following the passage of the bill, Rubio stated, “it’s an eclectic collection of members of the United States Senate in favor of what we’ve just done here”.

“This past weekend we went through that biannual ritual of changing the clock back and forth and the disruption that comes with it,” he added. “Why do we keep doing it? This really began back in 1918 as a practice that was supposed to save energy.” Since then, we’ve adjusted – today, Daylight Savings Time, which started out as six months, was extended to eight months in 2005, clearly showing you what people’s preference was,” Mr. Rubio said. “We’re doing this back and forth of clock-changing for about 16 weeks of standard time a year. I think the majority of the American people’s preference is just to stop the back and forth.”

The time change returned for three years during World War II but once it expired, the federal government left it up to the states and localities whether to implement DST. Currently, Arizona and Hawaii do not observe DST.

In 1967, under the Uniform Time Act, which was enacted to promote the adoption of uniform time in the US, the state of Arizona observed DST. The reason why Arizona had to observe DST in that year is that it had not yet come up with a law that exempted it from the act. A year later, in 1968, the state came up with the statute for the exemption from DST. The state decided to come up with the exemption statute because it is one of the hottest states in the US, especially in the summer. DST would mean that the population would have an extra hour of sunlight to use their electronic devices, which are mostly cooling devices. To reduce power consumption, the state had to adopt the exemption statute. However, the people living in the Navajo Indian Reservation do not observe DST.

Unlike Arizona above, the state of Hawaii has never observed DST since it opted out of the Uniform Time Act in 1967. Hawaii has never really had a need for DST because of its tropical latitude, which means that the variation in daylight in winter and summer is not that great. This positioning means that if the state were to observe DST, then sunrise would fall closer to 7:00 AM. On April 26, 1933, the Territorial Legislature passed a bill that placed Hawaii on DST from the last Sunday of April all the way to September’s last Sunday. On May 21, 1933, three weeks after passing the law, the law was revoked.

Four other states including Idaho, Massachusetts, Michigan, and Oklahoma have submitted bills asking to be exempt from DST and would not need federal approval to enact the exemption

Several studies conducted determined that changing the clock has shown that the time switch leads to increased heart attacks,  car accidents that involve both a vehicle and pedestrian, increased crime, and sleep disorders.

Rubio felt that more daylight hours could lead to a reduction in crime, child obesity and seasonal depression.

The switch in the fall only lasts for 16 weeks but in that time, it gets dark as early as 4:30 p.m. in some areas of the country. “If you don’t have a park or outdoor facility with lights, you’re basically shut down by 5 pm,” said Rubio.

The bill was co-sponsored by 19 Senate Democrats and Republicans. Before it could become law, the bill would need to be approved by the U.S. House of Representatives and signed by Joe Biden.

A poll, conducted by the Associated Press-NORC Center for Public Affairs Research, found that 43% of Americans would prefer to have year-round standard time and 32% would prefer year-round DST, with 25% saying they prefer the current set-up.

Opponents, including farmers, parents and sleep specialists, argue there are better economic, health and safety benefits from having more sunlight in the mornings.

If signed, the bill won’t go into effect until November 2023 because airlines, trains and railways, and others, have already published yearly schedules based on the current timeline. Rubio said, “The good thing is that if we can get this passed, we don’t have to keep doing this stupidity anymore … pardon the pun, but this is an idea whose time has come.”