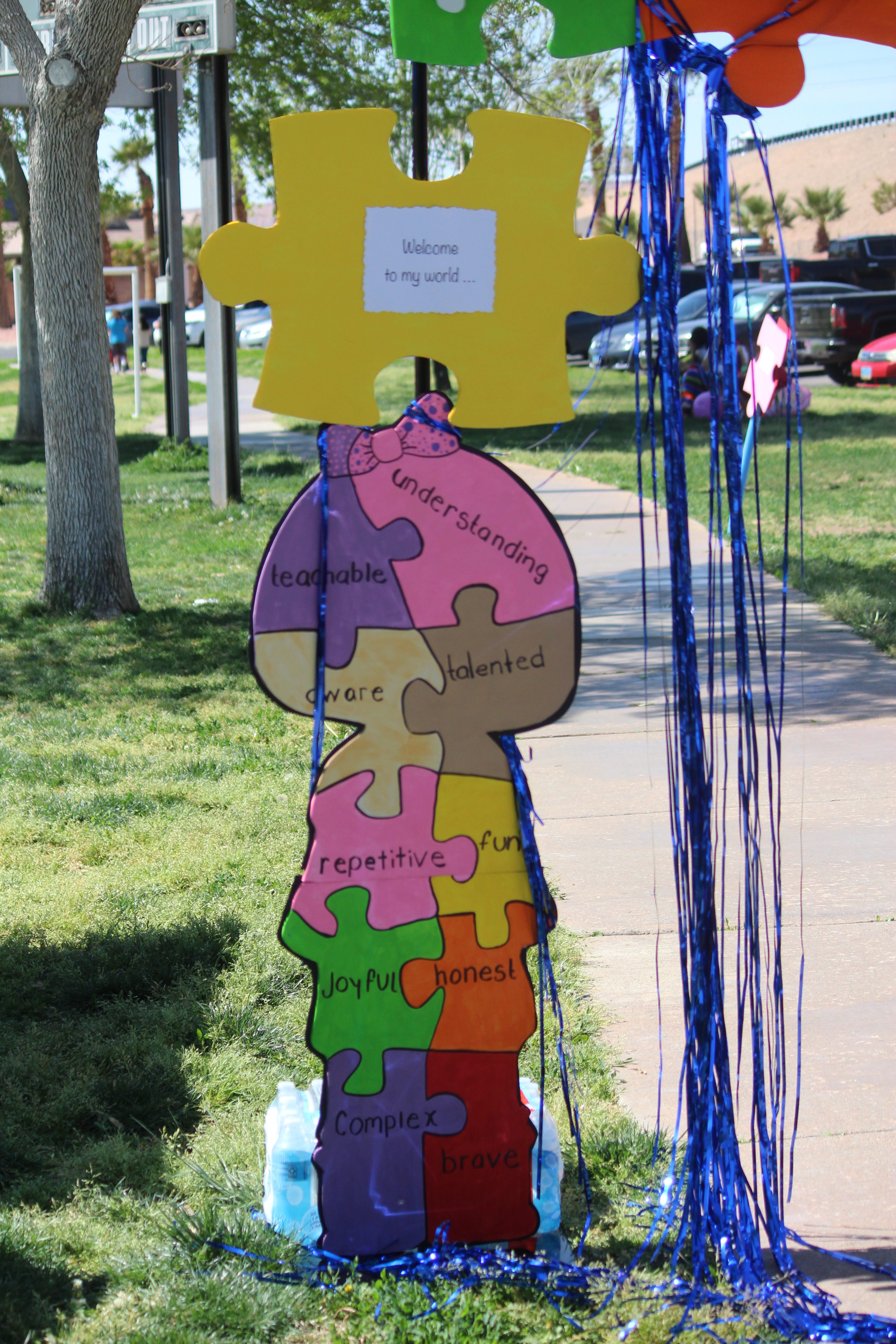 On Saturday, April 2, the City of Mesquite Athletics and Leisure Services teamed up with “Mommas On a Mission” (MOM) to host the community’s first Autism Awareness Festival. The day was jam-packed with activity, information, music and good food.

MOM is a parent support group. The group is open to the community. The group supports parents of special needs children and children with chronic health issues. They feel that “together we can promote the success of every child, and parent alike.” (MOM)

MOM was started in Mesquite by Lilianna Medina in 2016. Medina has two autistic children 14 and 12, both attend school in Mesquite.

Laura Zambrano is also a huge part of the group and provides the space where the group meets. The group is run and supported by all the parents who are members of MOM.

Group activities for the children are varied and plentiful but until April 2 were kept private, they weren’t open to the public.

One of the “MOM”s contacted the Mesquite Rec Center and asked them to help out with a planned activity for the public to raise awareness and possibly some funds to support their mission.

The rest is one for the history books. The event was well attended and supported by the community, other non-profit groups and local businesses.

The group is always looking for good volunteers and donations. For more information on MOM and those interested in joining the group can contact them through their social media pages https://www.facebook.com/groups/1794085734210309/.

As of 2018, the Center for Disease Control and Prevention estimated that 1 in 59 children may have Autism.

Autism Spectrum Disorder can impact social communication as well as behavior. Autism can be diagnosed at any age, although symptoms of autism are typically noticed before the child turns three.

People with autism can have difficulty with communication, and interacting with others. They can show limited areas of interest and repetitive behaviors. Some of the symptoms noticed in young children may include difficulty using eye contact, slow response to their name, lack of pointing or using gestures, and they may have difficulties when routines change. They may also have possible sensory issues with sound and light.

Autism is a spectrum disorder, each individual experiences different degrees of challenges and shows different symptoms.

According to the National Institute for Health:

What is autism spectrum disorder?

Autism spectrum disorder (ASD) refers to a group of neurodevelopment disorders cthat affect how people communicate, learn, behave, and socially interact. People may have repetitive and characteristic patterns of behavior or narrow interests. Not everyone who has ASD may have these symptoms, which are usually present from early childhood and affect daily functioning. Both children and adults can have ASD.

The term “spectrum” refers to the wide range of symptoms, skills, and levels of disability in functioning that can occur in people with ASD. Some children and adults with ASD are fully able to perform all activities of daily living while others require substantial support to perform basic activities.  Learning and thinking can range from extremely gifted to needing severe help.The Diagnostic and Statistical Manual of Mental Disorders (DSM-5, published in 2013) includes Asperger syndrome, childhood disintegrative disorder, and pervasive developmental disorders not otherwise specified (PDD-NOS) as part of ASD rather than as separate disorders. A diagnosis of ASD includes an assessment of intellectual disability and language impairment.

ASD occurs in every racial and ethnic group, and across all socioeconomic levels. However, boys are significantly more likely to develop ASD than girls. (https://www.ninds.nih.gov/)