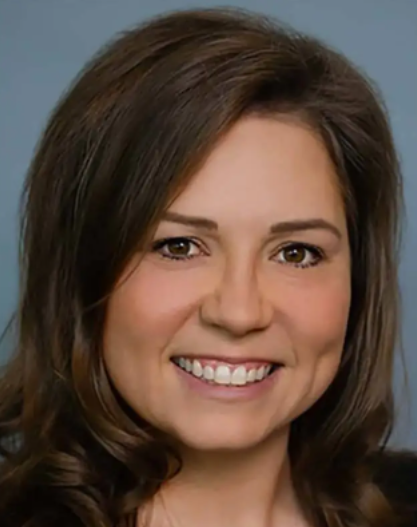 (Annie Black) – First there was “new” math.  Then there was “fuzzy” math.  Now we have “social justice” math.

And my blood is boiling.  As Biden would say, here’s the deal…

According to an Associated Press article in early April, Critical Race Theory (CRT) “is a way of thinking about America’s history through the lens of racism,” including “teaching certain concepts to schoolchildren, such as white privilege, systemic inequality and inherent bias.”

The AP goes on to claim: “There is little to no evidence that the theory itself is being taught to K-12 public school students.”

Evidence has been presented from school districts all across the country, and CRT isn’t restricted to history lessons.  It’s also creeped into math instruction, as I was shocked to learn first-hand recently.

But before I get to that, consider this fairly well-known “old” math problem…

But don’t expect many Nevada students to be able to answer this question correctly.  Our government-owned/union-managed schools have a hard enough time teaching kids that 2+2=4.  Indeed, according to Public School Review, only 36% of Nevada students are proficient in math.

So you’d think our “professional” educators would focus on teaching addition, subtraction, multiplication and division, right?  Alas, today they seem only focused on division…but not the math-type of division.

Instead, they’re promoting the garbage of racial division.

“As racial inequity soars on the nation’s radar, math teachers are increasingly bringing social-justice questions into their classrooms to help students see the subject’s relevance and recognize that they can use it to become change agents in the world. …

“Many teachers prefer to think of math as a neutral zone, where the ‘universal language’ of numbers doesn’t include highly charged events of the day – and prefer to keep it that way. But advocates of social justice math argue that that approach misses something important: the chance to help students use math to understand and critique the world around them, and find ways to change it. …

“Typically, the use of civic and social issues to teach math is being led by teachers in their own classrooms. Occasionally, districts are supporting the practice districtwide. … Most social justice math is unfolding in middle and high schools, but some elementary teachers are linking the topics, too.”

And, yep, “social justice math” has made its way into Nevada!

My son, a junior in a Clark County high school in Mesquite, recently came home with a math assignment from his AP Statistics class.

The lesson deems to explore: “Was there racial discrimination during stop and frisk?”  Here’s the set-up…

“This 2011 data is a random sample of police stops from New York’s ‘Stop and Frisk’ program.  The program allowed police officers to stop people on the street and search them for weapons or contraband.  The program was controversial.  Critics alleged that it led to heightened police discrimination of people of color.”

It then provides a chart of “stops” broken down by race – Black, Hispanic, White – and by the level-of-force used, including “push to wall/ground, handcuffs, draw/point weapon, pepper spray, baton.”  Students are then directed to calculate the “marginal distribution” by force level and race.

This isn’t instruction.  This is indoctrination.  And it does nothing more than fan racial flames and sow racial division.

I wonder how these race-hustlers would react if a conservative teacher did something similar.  For example, can you imagine how many liberal heads would explode if a teacher handed out this math problem for students?

“The city of Baltimore is 68% black, 68% of its police officers are black, 58% of its firefighters are black, 86% of public-school students are black, 72% of teachers are black, 90% of city council members are black, the mayor is black, the chief of police is black and 54% of the population is on welfare.  Calculate the marginal distribution of blame for poverty and crime in Baltimore by white and black people.”

See what I mean?  Can you imagine the shrieks and howls of righteous indignation from the left if a kid ever came home with a math problem like that from school?

But back to the actual math problem my son was given…

At first, I thought this lesson was part of the official Clark County School District curriculum.  But then I noticed at the bottom of the handout a disclaimer that it was “adapted from the Skew the Script curriculum.”

And since I’d never heard of “Skew the Script,” I did a little checking…

Dashiell Young-Saver re-wrote his Advanced Placement statistics course and created the Skew the Script website “to host lessons that use topics like wealth inequality and immigration to explore statistics concepts.”  He further explains…

“Teaching math is a political endeavor. Often, math teachers try to avoid this simple fact by using ‘non-political’ worksheets of purely numeric processes. Yet, to take this action is to make a political decision – the decision to rob students of the tools they need to make sense of their sociopolitical world.  We firmly believe that teaching socially relevant math prepares students to become more informed and engaged citizens.”

Young-Saver goes on to claim that “While our lessons are sometimes political, they are not partisan.”

Nah, nothing partisan there, is it?

Anyway, it appears the teacher in question – Jan White (total pay & benefits for 2020 = $132,000) – ignored the official curriculum she was hired to teach and decided on her own that race-baiting and fueling “white hate” was critical to teaching math to our kids.

I know I sure didn’t know about this in advance.  If I had, I’d have been screaming bloody murder.

Interestingly, in addition to providing lesson templates, Skew the Script also provides a template “Letter to Parents” teachers can use to advise parents of the use of this controversial teaching platform.

I never received any such letter.

So it appears this teacher did this on her own, in the shadows and behind closed doors, hoping no one would know.  Unfortunately for her, the cat’s out of the bag now.

I’m on it.  Stand by for updates as I learn more about who’s responsible.

Yours in color-blind liberty,

P.S.  You can learn more and sign up for my AnnieGram emails to get breaking news, campaign updates and invitations to special events by visiting www.AnnieBlack.net.

“Bureaucrats in DC shouldn’t be deciding what your children learn at school.  My bill, #HR899, is only one sentence long: ‘The Department of Education shall terminate on December 31, 2022.’” – Rep. Thomas Massie (R-KY)