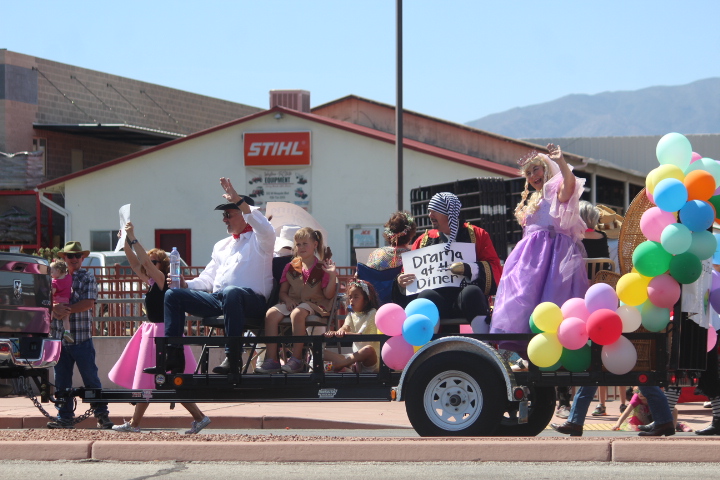 The wind was whipping through the streets of Mesquite while parade participants pushed forward into the headwinds for what was probably the shortest Mesquite Days parade in history.

On Saturday, May 7, spectators lined the streets in anticipation of what used to be a grand event, this year the Mesquite Days Parade didn’t even have a Grand Marshall; what happened? Does the town still seem a bit disinterested in group activities? Do things feel like they lack the energy, excitement, and spirit they used to have; or is it just me?

One couldn’t help but notice the serious lack of participation in what used to be a highly anticipated event.

With the Women’s History and Culture Center Open House, Mayor’s Pancake Breakfast, Mesquite Days Carnival, Beaver Dam Jam, the Kentucky Derby and Annie Black’s Derby Party, there was a flurry of events to attempt to attend in a single day; choices had to be made and it was obvious the parade didn’t make the cut for most.

One of the issues could have been the scheduling of the parade vs. carnival. Booth participation was set for the duration of the three-day carnival. Once committed to the vendor booths, they were committed for the entire event. Those who did participate in the booths were conflicted as the vendor booths opened up at the same time the parade was scheduled to begin and they couldn’t be at two places at once. A hard choice had to be made.

Several of the past year’s parade participants had a booth at the Mesquite Days Carnival.  Some current political candidates had booths as well, but not nearly enough to have led to the lack of participation in the parade.

It took less than 17 minutes for all the participants to walk by any of the spectators when it used to take three times that long; that is a lot of lacking.

The single most heard question after the parade was, “That’s it?” the next was “What happened?” (Some used stronger language but we’ll keep this post family-friendly.)

My question is, Where is Beth Ann Caplinger when you need her? My answer to myself is, “Probably busy organizing the Halloween Parade (at least I hope she is) and keeping tabs on Little League: she’s retired.” Before she retired Beth was the parade coordinator for the city, back then “Mesquite Days” always had a grand parade.

It just seemed like nobody put a whole lot of effort into coordinating this one.

I guess we’ll wait for Halloween.

Many thanks to the participants.