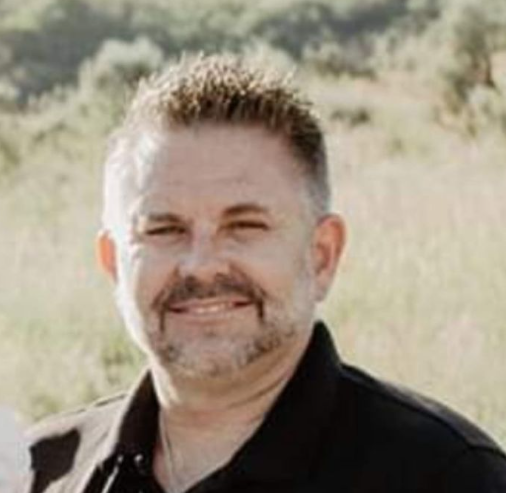 Family of missing Layton man suspect foul play after his truck is found hidden near Utah/Arizona/Nevada border gas station
Law enforcement now using tracking dogs to find Beau Riddle; his last message mentioned having a “nervous breakdown” & having engine problems from heat
July 24, 2022, Layton, Utah—The family of a missing Layton man fear foul play after his truck was found hidden on Sunday morning behind storage trailers about 200 yards away from a gas stop in Littlefield, Arizona, a town along the Arizona strip between Utah and Nevada. The Mohave County, Arizona, Sheriff’s Office is now using tracking dogs to find the 49-year-old trucker after a helicopter search was hampered by thick brush.
“I’m worried there’s been foul play. I’m cautiously optimistic but it doesn’t look good,” said John Riddle, Beau’s father.
Riddle had just delivered a fifth-wheel trailer in Littlefield for his new employer, Farm Boy Towing, and was about to take another trailer to Idaho on Friday. Farm Boy Towing manager Adrianne Nelson said Riddle’s last text messages were about having a “nervous breakdown.”
Nelson lost contact with him at 4:47 p.m. on Friday after she made arrangements for a hotel for him and another driver to pick up the trailer. “I’m confused and heartbroken for his family,” said Nelson. “I want him to be found safe.”
The Layton Utah Police Department entered Riddle into a national missing person database and sent out an Attempt To Locate request for Riddle to law enforcement in Utah, Arizona and Nevada. However, an Endangered Missing Advisory (EMA) was not issued. All three states have an EMA alert system to notify the public if the following criteria are met:
• Is the person missing under unexplained or suspicious circumstances?
• Is the person believed to be in danger because of age, health, mental or physical disability, environment or weather conditions, in the company of a potentially dangerous person or some other factor that may put the person in peril?
• Is there information that could assist the public in the safe recovery of the missing person?
“I’m just really concerned about his safety and well-being,” said Kim Riddle, Beau’s wife. She said her husband had been very upbeat all week and was excited about how his expensive new truck hitch was doing such a good job and that his new Arizona license plates matched his truck.
The Mohave County Sheriff’s Office found the missing trailer on Saturday and the missing truck on Sunday after receiving tips on social media. However, Riddle is still missing and officers are using tracking dogs and trying to identify his footprints near the truck.
Riddle is the father of six children. He is 5’6’’, weighs 240 pounds and has brown hair and a closely shaved beard. He was driving an orange Dodge Ram truck with “Farm Boy Towing” painted on the side, Arizona License Plate AL24865. The truck was pulling a white Rage’N fifth-wheel trailer with blue striping. Riddle has a long career working with motorcycles and recreational vehicles. Photos are available upon request.
Anyone with any information about Riddle is urged to call the Layton Police Department at 801-497-8300 or the Mohave County Sheriff’s Department at 928-768-7055.