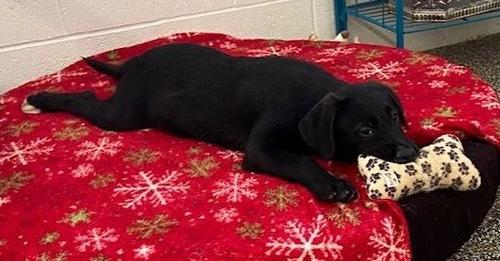 Annually celebrated on August 26, it is National Dog Day.  This day encourages dog ownership of all breeds, mixed and pure, and embraces the opportunity for all dogs to live a happy, safe and “abuse-free life”.  This day is intended to honor dogs for all that they do for us. In addition to giving love and companionship, dogs help us out in countless ways. They are watchdogs for our safety. They lead the blind. Dogs aid in search and rescue, and they seek out bombs and drugs.

It is a goal, for many on National Dog Day, to find homes for all dogs in need of a loving family.  The goal of the National Dog Day foundation is to rescue 10,000 dogs each year.

Many pet owners consider their pets to be an important part of their family, and therefore, treat them the same as they would any other family member―spoil them on their birthdays with special treats and toys, take them on fun family vacations to the beach or up north camping, even sharing their darkest and deepest secrets with their furry friends. However, not all pets receive this kind of loving royal treatment. In fact, most do not. In the United States, there are more animals living on the streets and in homeless shelters than there is living safely in homes. With between 2,000-3,500 cats and dogs born each hour in the United States alone, compared to only 415 humans who are born each hour, it is easy to understand why the number of homeless animals is so unbelievably high.

What Happens to Homeless Animals in the United States?

In each city, in every state, there are hundreds of homeless animals that are in search of a good home. Here are just a few statistics about where these animals typically end up:

What Can You Do To Help Homeless Animals?

There are certain factors that cannot be changed about the amount of homeless animals that we have in the United States, such as the fact that both cats and dogs have high reproduction rates which plays a large role in their number of births. However, there are certain steps that you can take as an animal enthusiast to limit the problem:

Goose -Slider -Warlock-Chipper are a full-blown puppies They are  all about playing and jumping and playing and did we mention jumping!?!?! 6 Puppies were born here at the shelter 3 months ago April 18th along with 3 other pups. We had a DNA test done and the results were surprising to see that they are mainly poodle and golden retriever. Based on those two breeds these guys should be a smart loving mix! We have been working on sit, wait, paw, kennel training. Remember they are puppies and puppies will need all the loving and caring hands they can receive to train get them to be a good loving adult dogs!

Goose and Slider are tricolor while Warlock it black with 2 white paws and chest.

There are no other dogs available at this time

There are no cats available for adoption at this time