Setting Limits and Staying Safe: Teens Sound Off on Being ‘Social-Network Smart’ 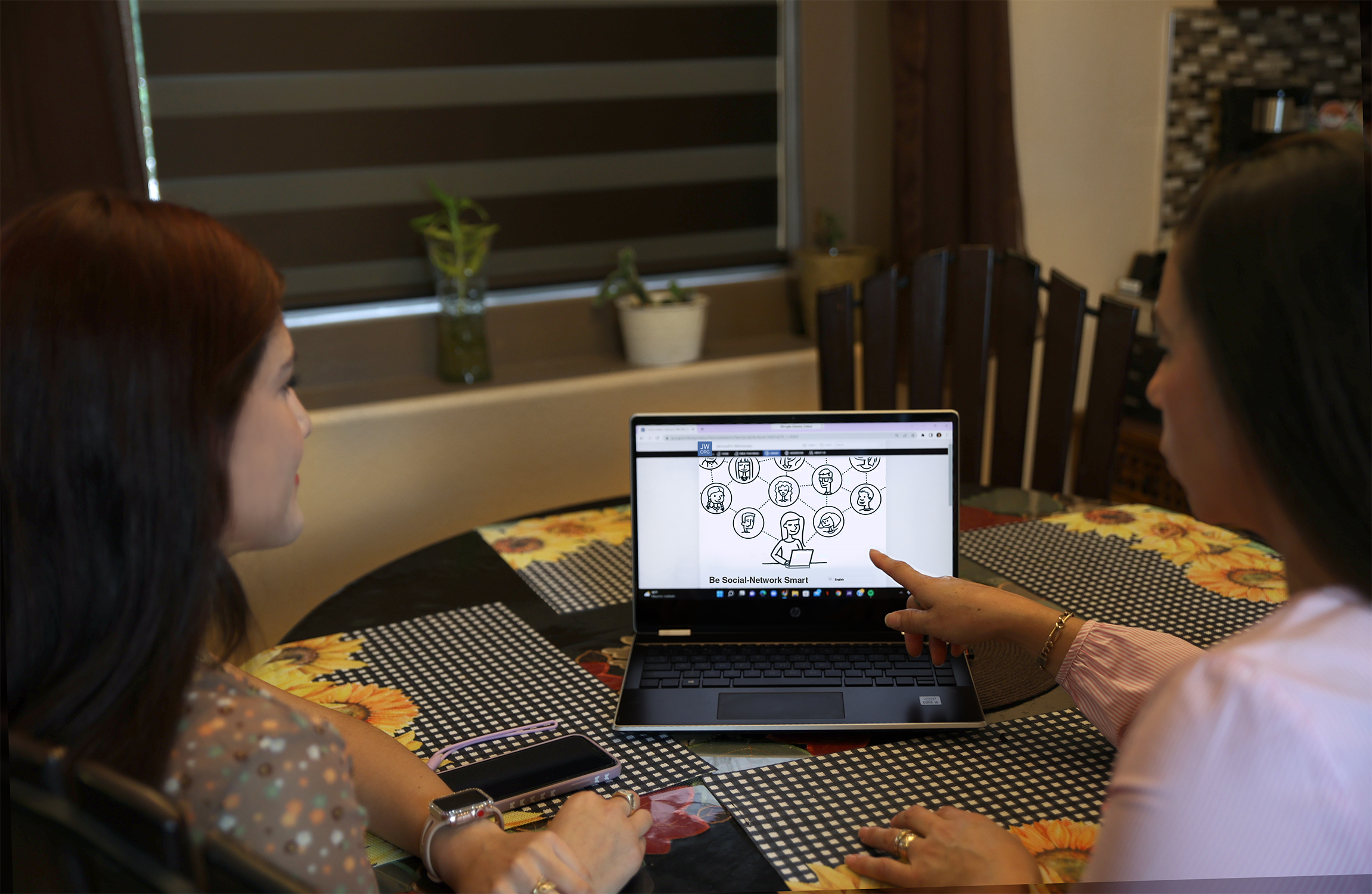 Lynnette’s social media homepage is a medley of photos with friends and travels with family, but while the posts keep the 17-year-old connected with friends, and her family in Mexico, her social media experience hasn’t always been positive. The teen shared that seeing how celebrities live or how they look can generate a variety of negative emotions.

“You can compare yourself to others,” she said, “and that’s something that can bring you down.”

She’s not alone. A 2018 Pew Research Center study found that 97% of teens use social media, with some 45% admitting to being online “almost constantly.” A number of studies have linked increased social media use with higher levels of teen anxiety and depression.

When hours spent scrolling through posts began to affect his schoolwork, Baruch Murphy, 19, realized he’d become addicted. “It’s instant gratification, the same as with any other kind of drug,” said the teen.

Another online resource, though, helped both teens regain and maintain their balance: “Be Social-Network Smart,” a free educational video on jw.org, the official website of Jehovah’s Witnesses.

“Social media is a powerful tool that can accomplish good when used responsibly or cause great damage when it is misused,” said Robert Hendriks, U.S. spokesperson for the Christian organization. “Like any other powerful tool put in the hands of someone inexperienced, training is needed, not just for teens, but also for parents. We’ve made a real effort to provide resources on jw.org that will help people make smart choices when using social media.”

One of the tips Baruch made his own from the video? “I have a rule: I only follow people I personally know,” he said.

He also set alerts on his phone to notify him when it’s time to close social media apps. “If you don’t set limits, there will be no limits,” he said.

Journei White, 18, used the same method after realizing she, too, was having trouble putting down her phone.

“As soon as I got a ‘ding,’ I had to look at it,” she said. “One post turned into another, and I found myself losing track of time. I had to take a step back and set boundaries.”

“Certain things might be nice to share with a few people,” she said, “but I wouldn’t want them on the front page of a newspaper. I try to think about that any time I post on social media.”

She took to heart the video’s safety reminders, too, like waiting till she’s home from a trip to post vacation pictures and keeping personal information private.

Concerns for his privacy and the good reputation he’s worked hard to build led 18-year-old John Joseph Gonzalez to opt out of social media entirely.

“In the ‘Be Social-Network Smart’ video, it said posting on the Internet can be like writing in permanent ink,” said the teen. “I never want to look back on one little post that wasn’t the smartest and be ashamed.”

John Joseph said steering clear of social media hasn’t isolated him; it’s made him more sociable — and happier too.

“It’s forced me out of my comfort zone and helped me make real friends in person,” he said. “Whether you have social media or not, it’s just as possible to be a good friend.”

Other free resources to help evaluate the impact of technology use on friendships, family life and more are available on jw.org, featuring content in more than 1,000 languages.